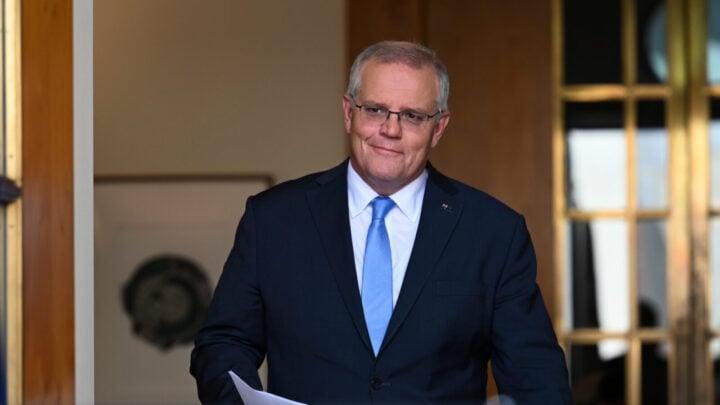 Prime Minister Scott Morrison has announced another election sweetener for 900,000 older Australians, pledging to “shield” seniors from rate rises so as to not impact pensioners’ eligibility for income support.

In a bid to secure grey voters, Morrison is expected to announce the deeming rate will be frozen for two years, claiming the move could see some older Australians keeping an extra $1300 a year.

The deeming rate decides how much income assistance seniors are entitled to, freezing the rate means the assumed financial assets of older Australians will not change with any further rate increases.

The policy is aimed at easing the rising cost of living for pensioners and the government has pledged it will maintain the level of income payments they receive.

Older Australians have been a primary focus of Morrison’s election campaign, with the Coalition leader promising to expand healthcare access for pensioners.

The Prime Minister said if re-elected, his government would make medications and healthcare more accessible and affordable, promising to increase the income test from $57,761 to $90,000 for singles and $92,416 to $144,000 for couples.

“This means more senior Australians could save hundreds of dollars, including up to $428 a year for access to a monthly script for vital medicines and a refund for medical costs if you reach the Medicare safety net,” he said.

Opposition leader Anthony Albanese has also targeted the cost of living and healthcare access for older Australians in his election campaign, pledging to lower the costs of medications and health services.

Australians will save $12.50 on prescription medicines under Labor. Former pharmacist and local MP @Emma4Dobell knows this will be a huge help for people getting scripts filled. Our plan will provide cost of living relief and ensure people can afford the medications they need. pic.twitter.com/ZW7bka73FD

“The Liberals have a habit of making promises to pensioners at election time but cutting support at budget time,” the ALP said in a statement.

“Over the course of their decade in power, this Government tried to lift the pension age to 70 years, and when Scott Morrison was in charge as Minister, he took 90,000 seniors off the Pensioner Concession Card.”

The Governor of the Reserve Bank of Australia (RBA) Philip Lowe said the board decided to increase the interest rates for the first time in 11 years in response to the rising cost of inflation. The interest rate was raised from 0.10 per cent to 0.35 per cent.

The cost of living has been creeping up for Australians, hitting its highest peak in two decades, sitting at 5.1 per cent.