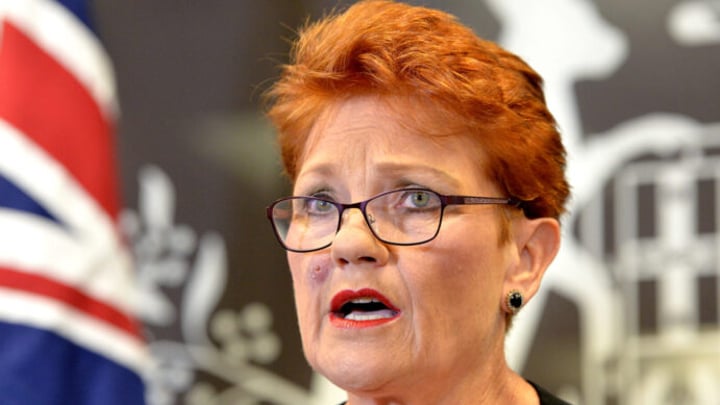 One Nation leader Pauline Hanson has accused Senator Lidia Thorpe of not taking her “elected position seriously” after the Greens member labelled the Queen a “coloniser” while taking the oath of office on Monday, August 1.

Thorpe raised her fist to the air as she approached the Senate’s despatch box in preparation for the oath.

“I sovereign, Lidia Thorpe, do solemnly and sincerely swear that I will be faithful and I bear true allegiance to the colonising her majesty Queen Elizabeth II,” she said.

Thorpe then went on to recite the oath again.

Although Thorpe recited the oath a second time correctly, Hanson remained unsatisfied and slammed the Greens Senator for her “hypocrisy”.

“What we saw this morning was a stunning exercise in hypocrisy, made worse by her happily taking $211,000 a year from taxpayers for work she clearly does not intend to do.”

Thorpe’s actions and Hanson’s disapproval come after the One Nation leader herself made headlines after she stormed out of the Senate on Wednesday, July 27 during the Acknowledgment of Country ceremony.

The outspoken Hanson later told the Australian Associated Press that she had been “feeling this way for a long time”.

Hanson later released a video statement, stating that she believes the “‘acknowledgement of country’ perpetuates racial division in Australia”.

“From this point forward, I will refuse to acknowledge country in the Senate,” she said.