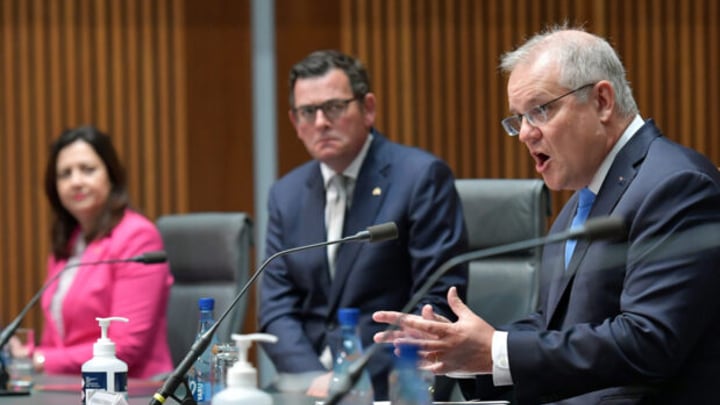 Rapid antigen tests will be made free for low-income workers, pensioners and welfare recipients, following today’s National Cabinet meeting on January 5. Concession card holders will have access to up to ten free rapid antigen tests over a three month period.

Morrison said the Commonwealth and state and territory leaders were all in agreement to not provide the tests for free to all Australians.

“Universal free access was not considered the right policy response by all of the states and territories in attendance today, and the Commonwealth,” he said.

“What was agreed, though, was providing, as I flagged two weeks ago, a model to provide concessional access for tests over a three month period, and they will be made available through the pharmacy network.”

Prime Minister Scott Morrison is expected to propose a plan to National Cabinet to subsidise Covid-19 rapid antigen tests for low income earners and concession card holders as pressure mounts on the government to offer the tests for free.

Rapid antigen tests are expected to be the main topic of discussion during Wednesday’s January 5 National Cabinet meeting as will the vaccine rollout, the health system’s capacity to handle growing case numbers, and current issues with testing.

It’s expected Morrison will propose some level of support for concessional and low income earners either in the form of a discount or a direct cash payment to purchase the rapid antigen tests.

The Prime Minister has come under fire recently for not offering the tests for free as Australians scramble to find rapid tests with retailers and pharmacies selling out of stock fast. Despite the outcry from the Australian public Morrison said in a statement on December 30, that the “National Cabinet will continue to work on arrangements to provide RAT tests to vulnerable cohorts” only.

“In all other cases, RAT tests will be procured by individuals privately at their own cost – they will not be provided by Governments, thereby providing certainty to retailers, wholesalers and suppliers,” he said.

“The Commonwealth, states and territories will work on concessional arrangements for low income and concession card holders for self-administered RATs.”

The Australian Council of Trade Unions president Michelle O’Neil said the Prime Minister “is dodging federal government responsibility during the pandemic” in its approach to rapid antigen testing.

“Right now, a single test can cost up to $20, if you’re lucky enough to find a chemist that still has them. That’s $100 for a family of five. That might be small change to the Prime Minister, but it’s out of reach for many families,” she said.

“Unions and businesses have been calling on the Morrison Government to provide free rapid antigen testing since October, instead they’ve done nothing. Now Australia is lagging behind the developed world, including the USA’s chaotic healthcare system, in providing free and accessible testing.”

Federal Opposition leader Anthony Albanese told 9 News “people are lucky” to find a test available in stores and if they do the tests are “not affordable”.

“Australians are being told you’re on your own, go out and get a rapid antigen test, but they’re not available in so many areas,” he said.

Do you think the government is doing enough to provide Australians access to rapid antigen tests?