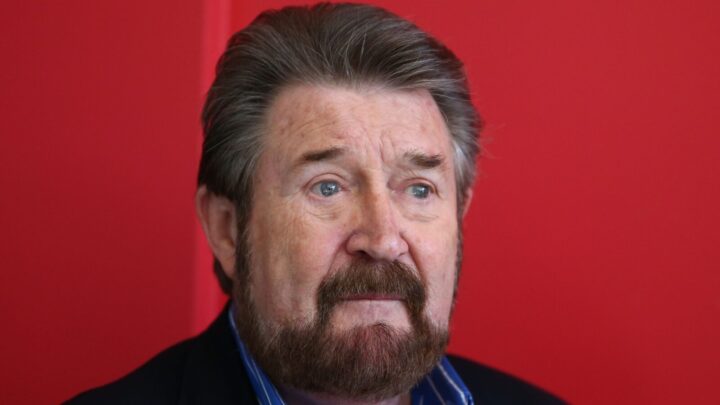 Following an unsuccessful bid to return to the federal Senate last month, Derryn Hinch is hoping to resume his political career as he announces his plans to run in Victoria’s state elections in November 2022.

The 78-year-old former senator and founder of the Derryn Hinch Justice Party confirmed the news on Twitter when questioned about his run.

It is understood that Hinch is vying for a seat in the Victorian Upper House and is launching a bid for the balance of power, saying he has “unfinished business”.

His party currently holds two seats in the upper house and plans to nominate for the Southern Metropolitan Region, where he lives, which include the seats of Brighton, Hawthorn, Caulfield and Kew.

Justice Party’s @stuartgrimleyMP on Derryn Hinch @HumanHeadline running in Vic: “There has never been a better time for Hinch to join Parli. We are in the midst of a political revolution,as voters turn away from major party politicians who talk the talk, but don’t walk the walk.”

“I care and things that are wrong, need to be righted and if you see something’s wrong, you try and fix it,” the Kiwi-born media personality told A Current Affair.

While the major parties are predicted to win two spots each, Hinch will attempt to snag the fifth spot currently held by Sustainable Australia MP Clifford Hayes, but admitted “it’ll be a tough fight”.

If successful, Hinch’s win will make him the oldest person to be elected to the Victorian Parliament, as he celebrates his 79th birthday just weeks after polling day.

“I’m not going to retire. I’ve still got fire in my belly, there’s still a lot of things to do,” he said.

Hinch says by running for parliament, he’s making a stand “for all Victoria” in the electorate. Adding that as a former federal senator, he has the advantage of knowing a lot of state and rural issues.

He also says he would fight for more power for the state’s Independent Broad-based Anti-corruption Commission.

Since his announcement, Hinch has been flooded with online support.

I am a Liberal voter but as a protest for the lack of leadership, aggression and simple effort in the Victorian Liberal Party I will vote for Derryn Hinch.

I stand with the justice party – they do *A LOT* of unseen work behind the scenes for victims of crime. More than other MPs.

Hinch’s CV goes far beyond politics. As a journalist, he gained a rare insight into Australia’s political landscape and grilled every prime minister from Robert Menzies to Malcolm Turnbull.

He’s also a man who lived many lives, as a former shock jock, TV current affairs host, he has also received a life-saving liver transplant, and has been jailed three times.

Despite receiving three custodial sentences for contempt during his journalistic career, Hinch insists he is conservative with the law and says he would use his position in the upper house to push for harsher bail conditions and challenge judicial appointments.

But it’s his starring role in the Australian movie Wog Boy, that Hinch reveals gets him the most recognition.

“So, 50 years (as) a journalist and I’m renowned for being in the Wog Boy movies,” he said.

Time will tell if Hinch is popular enough to be elected in the Victorian state elections this November 26, but he urges voters to “trust” him.

“My record’s pretty public. Everything I’ve ever done has been done pretty much in public you know,” he said.

“They know why I went to jail, they know my principles on that issue and I just hope that they give me a chance.”