‘They don’t get it’: Calls for seniors to be prioritised in federal budget 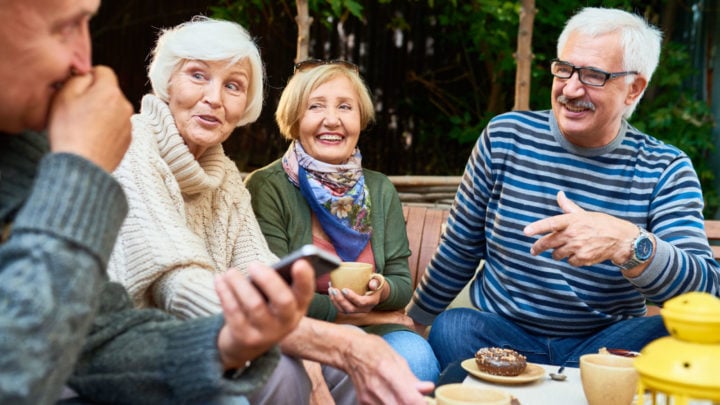 There are just days to go before the Coalition announce the final federal budget of this government term, with voters expected to head to the polls across the country in May.

Cabinet minister Josh Frydenberg will release what could be his first and final budget as treasurer on Tuesday evening, with the likes of tax cuts, wage increases and a predicted budget surplus expected to take centre stage, as the government try to secure favour with the public before the election campaign commences.

Ahead of the announcement, Starts at 60 spoke to advocacy group Council on the Ageing (COTA) about what they would like to see prioritised by the government in order to benefit the growing number of seniors across the country, with issues such as aged care, dental health and retirement income emerging as crucial for an ageing population.

COTA Australia have called on the Coalition to allocate additional funding of $1.25 billion per year in the budget to provide more Home Care Packages to reduce the waiting times faced by many older Australians to no more than three months.

“Home care packages are the big ticket item in aged care,” COTA Chief Executive Ian Yates said. “We have to have a quantum lift there, otherwise we’re just going to have a perpetual waiting list. The other area in aged care is workforce, over time that is also going to cost money and the government has to work out what it’s prepared to pay for and what the consumer needs to pay for.”

COTA, who will have representatives present during Tuesday’s Treasury lock-in, submitted its annual pre-budget position statement to the government last month in which they outlined the key budget areas they believe would have the most positive impact on older Australians.

“I’d say the other big ticket item is oral and dental health for older people, as this has been ignored for a long time,” Yates added. “Part of the dilemma is that, constitutionally, it’s a state-level issue. There are state dental programs but notoriously the waiting times are worse than aged care.

“Central government has made contributions over the years, but we need a properly funded dental programme and we’re not the only ones calling for that. Oral health is quite critical to social wellbeing and physical health. Yet somehow we seperate the mouth from the rest of the body.”

Another major change that COTA would like to see implemented is the inclusion of the Minister for Aged Care and Senior Australians – currently Ken Wyatt – in cabinet, with the support of a “strong public sector unit” to assist the minister and work across all areas of government.

“We make submissions to around 20 portfolio areas across government,” Yates said. “So there are lots of competing priorities. Some parts of government would like to see significant initiatives and then there are others who still don’t get the impact of population ageing.”

This call has also been echoed in the past by Positive Ageing Advocate Marcus Riley, who called out the government for placing a “lack of priority” on the needs of over-60s, citing the “ridiculous turnover” of aged care ministers in recent years and the narrow focus of government policy as contributing factors to the current situation, which led to the announcement of a royal commission into the aged care sector last October.

One area that many older Australians will be hoping crops up in Tuesday’s budget is retirement income, with COTA calling for an independent and comprehensive review into all areas of retirement income, including issues such as the age pension asset test taper rate which they believe actually acts as a disincentive for older Australians to save money.

Linked to the issue of retirement income are elements such as employment among mature age workers and rent allowance, both of which can present significant financial issues for over-60s across the country.

Yates said: “One of the things that we know is that because our workforce participation rate isn’t as high for mature aged workers, we’re actually leaving GDP money on the table – the economy could be stronger, taxes could be stronger. Instead we’ve got large numbers of older workers on Newstart – the largest group of people on Newstart are mature are workers and they stay there longer and cost lots of money.

“Economically we are actually holding ourselves back in terms of productivity if we’re not utilising the full talents that are out there.”

While one of the ways COTA believe the government could tackle the “complex issue” of inadequate rent allowance is by introducing a differential rate that reflects the price of rent in different areas of the country.

In addition to increased funding for portfolio areas that directly affect senior Australians, COTA believe that a cross-government approach would provide the most benefit as so many issues that affect over-60s are linked to more than one area, for example being out of work can affect wellbeing which is linked to health care.

They also want to see a renewed commitment to the More Choices for a Longer Life package that was introduced in last year’s budget.

Yates added: “Even getting different divisions and programmes within a department to talk to each other is sometimes a challenge. that’s why that package last year was so important. But I think we need stronger and consistent commitment at the top for that kind of focus. After putting out the package, i think there was a sort of loss of focus for a while.

Federal Treasurer Josh Frydenberg is due to deliver his 2019/20 Budget at 7.30pm on Tuesday, April 2.

What would you like to see included in the budget? Do you agree with the points raised by COTA?