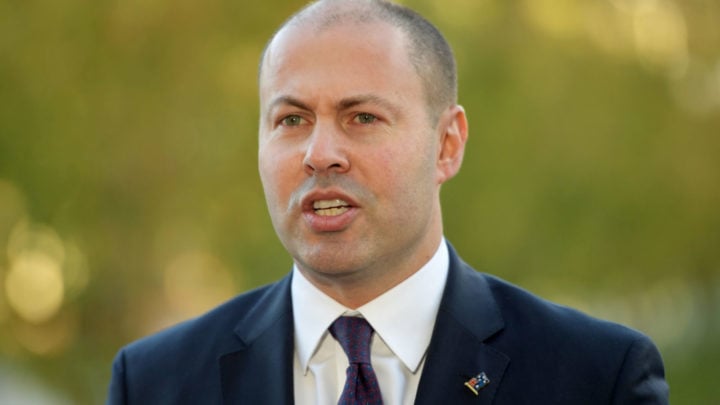 Josh Frydenberg delivered the final budget of the 45th parliament at 7.30pm on Tuesday. Source: Getty.

Treasurer Josh Frydenberg has followed through on his promise to deliver the first budget surplus in 12 years, as he handed down the final budget of the 45th parliament in Canberra on Tuesday.

This funding included a $185 million investment into research in ageing and dementia, and additional funding for Home Care packages, which advocacy groups had called on the government to prioritise ahead of tonight’s announcement.

Discussing the changes to aged care, Frydenberg said: “A stronger economy allows us to invest more in looking after older Australians…who deserve to age with dignity and have earned the right to expect the highest standard of aged care services.

“In this budget there is significant investment of $725 million that will deliver 10,000 new home care packages, bringing to 40,000 the number of new packages over the last 18 months.”

The government also announced the introduction of a one-off Energy Assistance Supplement for pensioners – $75 for singles and $125 for couples – intended to help with costly power bills.

News that the Coalition will remove the work test for superannuation payments for those aged 65 and 66 was also praised as “good news” by advocacy group Council on the Ageing (COTA), allowing those who can afford to make voluntary super contributions a more flexible approach to retirement.

Several areas within the health portfolio will also receive a financial boost, including a $5 million investment in educating people about the recent reforms to the tiers of private health insurance.

The government have also pledged to invest $1.1 billion into Primary Health Care, as well as maintaining the current incentive for GPs to treat those living in residential aged care.

While additional medicines will also be listed on the PBS as a result of the budget, including several used to treat kidney, bladder, liver and skin cancer, as well as Besponsa which is used to treat people with acute Leukaemia.

Read more: ‘They don’t get it’: Calls for seniors to be prioritised in federal budget

However it wasn’t all good news for senior Australians, as Ian Yates, COTA CEO, highlighted what he described as “gaping holes” in the budget, such as no increase to Newstart, no dental health program for older people and lack of a comprehensive review into retirement incomes.

“We need a more integrated, robust and better resourced strategy to ensure government remains focused on the opportunities of Australia’s ageing population,” he said.

“Greater action is needed today on policy initiatives for older Australians to mitigate the $36 billion cost to the Budget balance as a result of an ageing population and create positive opportunities.

“There are some good measures in this Budget but there are gaping holes  – major initiatives missing in action.”

The Newstart allowance also remained static, despite repeated calls for the unemployment payment to be increased by $75, with COTA describing the move as “just not enough to survive”, particularly for older workers who are facing “chronic age discrimination” in the workforce.

Overall, Frydenberg described the budget as one which will build a stronger economy, by delivering lower taxes, guaranteeing essential services and delivering more jobs.

Leader of the Opposition Bill Shorten responded to the budget shortly after Frydenberg had finished speaking, describing it as “an election con, filled with same Liberal cuts”.

Budgets are about priorities. For six years, the Liberals have prioritised an $80 billion tax handout for the top end of town over Medicare, schools and hospitals.

“After six years of the Liberals’ cuts and chaos, and just six weeks before an election, this budget was Scott Morrison’s last chance to reverse his cuts to the services that everyday Australians rely on,” he wrote on Twitter.

What are your thoughts on the measures announced in the 2019-20 budget? Do you think more action could have been taken to benefit older Australians?