From 1968-2018: Australia’s prime ministers ranked from best to worst 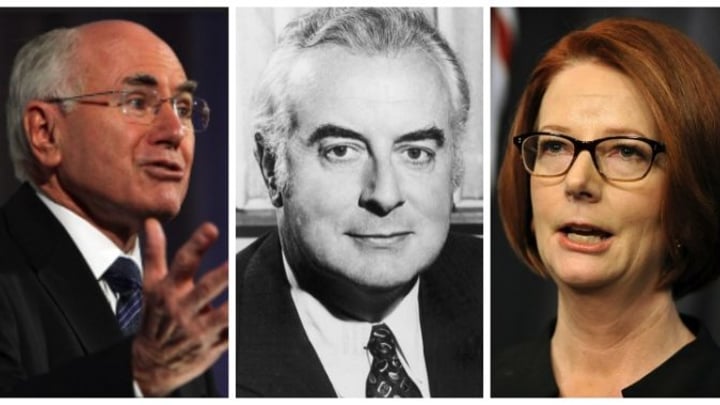 There’s an age-old saying that you can’t please everyone, and prime ministers know the true meaning of that statement more than most as rarely does a leader manage to unite the masses behind their political policies and actions.

Australia has seen a total of 12 prime ministers – 13 if you count Kevin Rudd twice, after he returned to The Lodge for a second stint – over the past five decades and Starts at 60 readers have now weighed in on who they think did the best job of running the country.

More than 320 readers took part in the exclusive online survey, which asked people to select the politician they believe did the best job as PM, starting with John Gorton, who was elected back in 1968, all the way up to Scott Morrison who recently replaced Malcolm Turnbull following a double leadership spill in the Liberal partyroom in August.

Former Liberal leader John Howard, whose election in 1996 ended Labor’s 13-year reign, came out on top in the survey, earning an overwhelming majority of the votes with 58.3 per cent.

Denise O’Keeffe said: “John Howard for me. There were no pretences about him. What you saw is what you got. He didn’t play games by telling people what they wanted to hear. Nor did he walk on water or always get it right and very cleverly manipulated the referendum question on a republic.”

Howard, who is the second-longest serving Aussie prime minister of all time, won favour due to his policies on the likes of strict gun control, following the Port Arthur massacre in 1996.

However, he also famously refused to issue a national apology to indigenous Australians of the Stolen Generation, saying he did not believe it would be “appropriate for the current generation of Australians to apologise for the injustices committed by past generations”.

But while he came out on top in the survey, not everyone agreed that he was the best, with one reader commenting: “I can’t believe so many are voting for that lying, war mongering, economic mismanager John Howard. He who governed through a period where money flooded into the coffers from the mining boom yet still sold off government assets and the gold reserve.”

Howard was closely followed by Labor leader Bob Hawke who bagged second place in the poll with 17 per cent of the vote. The former union leader, who was elected in 1983, is one of the most popular leaders thanks to his larrikin persona.

Gough Whitlam, most famous for his rousing dismissal speech, came in third, with many people crediting his stance on conscription during the Vietnam War. Reader Tony Scott said: “Gough, because he stopped conscription. Old enough to kill and maim, old enough to be killed or maimed but not old enough to vote.”

Following his dismissal as prime minister in 1975, Whitlam said: “Ladies and gentleman, well may we say God Save the Queen, because nothing will save the Governor-General.”

Australia’s first – and only – female prime minister, Julia Gillard, came in fourth place with 4 per cent of the vote. One of her most memorable decisions whilst in office was the ordering of the Royal Commission into Institutional Responses to Child Sexual Abuse.

Joan Rowe said: “Rudd Gillard policies are what did the trick. Howard was a nasty weasel who sold us out and told Gen Y and X they are paying for our pensions. I wonder if ANYONE asked what he did with the tax we paid for our retirement and got a straight answer.”

Following Gillard down the list was Paul Keating with 2.7 per cent and Kevin Rudd, Tony Abbott and Malcolm Turnbull all with 0.6 per cent each, while William McMahon and John Gorton bagged just one vote each, giving them 0.3 per cent of the overall vote.

However, it was worse news for current Prime Minister Scott Morrison, along with 22nd Prime Minister of Australia Malcolm Fraser who failed to attract a single vote.

What are your thoughts on the results of this poll? Who do you think did the best job as PM and why?