Scams on the rise: Retirees hit the hardest by credit card fraudsters 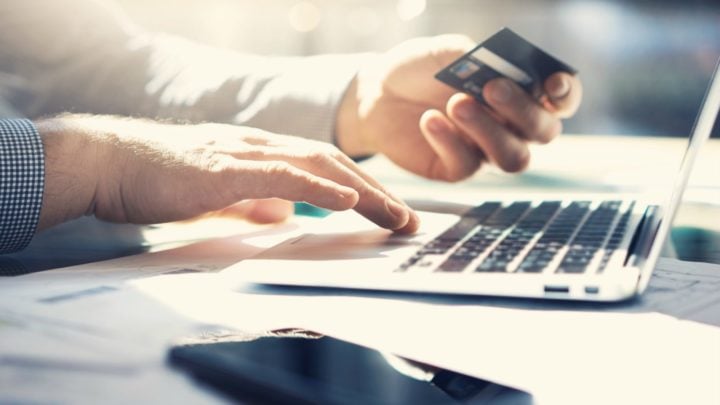 The report found that the older you become, the more susceptible you are to credit card fraud. Source: Getty

An increasing number of Australians are falling for the tricks of devious scammers each year, with a new report revealing that one in four retirees – categorised as those aged 65 and over – have lost more than $1,000 of their hard-earned cash to credit card fraud. The report of 1,500 credit card holders from comparethemarket.com.au found that the older you become, the more susceptible you are to credit card fraud.

Attrill said in terms of the types of scams prevalent with online activity, “phishing was one of the most popular methods”. Phishing is the practice of sending emails or cold calling in an attempt to trick potential victims into clicking on a link or revealing personal information, usually by pretending to be a known or trusted brand or government department –  a lot like actual fishing in that the scammer will throw out a “line” numerous times until the victim takes the bait.

He continued: “Identity theft is another common scam that is particularly prevalent for those wanting to regularly use card details. If you suspect your financial details were stolen, you should alert your bank immediately for a better chance at recovering your money.”

Speaking about ways to avoid falling for the cruel online scams, Attrill added: “It’s up to us to do our due diligence to stay safe online, and by comparing credit cards regularly through comparison services such as comparethemarket.com.au you can see which latest scam protection features are available. While you’re at it, you can also compare your interest rate, balance transfer offers and fees.”

Meanwhile, an Australian Competition and Consumer Commission (ACCC) spokesperson also revealed 40 per cent of reports (34,682) lodged with Scamwatch for this year involved losing personal banking information, adding: “They were over 3,452 reports involving fraud on credit cards made in the first half of this year, with almost half (47 per cent) citing online shopping scams.”

It comes after a new report revealed that Aussies are set to be conned out of a record amount to scams in 2019 as losses are forecasted to exceed $532 million by the end of the year. The ACCC urged consumers to brush up on their scam knowledge, as part of this year’s National Scams Awareness Week, which kicks off today, in a bid to stop devious scammers.

“Many people are confident they would never fall for a scam but often it’s this sense of confidence that scammers target,” ACCC Deputy Chair Delia Rickard said. “People need to update their idea of what a scam is so that we are less vulnerable. Scammers are professional businesses dedicated to ripping us off. They have call centres with convincing scripts, staff training programs, and corporate performance indicators their ‘employees’ need to meet.”

Investment scams are one of the most financially devastating, the ACCC warned, with almost half of all investment scams reported this year resulting in financial loss. Meanwhile, cryptocurrency investment scams have seen record losses, with people losing $14.76 million between January and July 2019.

The ACCC also advised people to exercise caution when using the internet, as many scammers use social media platforms, fake celebrity endorsements or fake online trading platforms that are made to look legitimate in a bid to get you to part with your hard-earned cash. Meanwhile, Rickard also offered some tips to stay protected, adding: “Don’t be persuaded by celebrity endorsements or ‘not to be missed’ opportunities. You never know for certain who you’re dealing with or whether they’re credible.

Have you, or someone you know, ever fallen victim to a scam? Do you think you’d be able to spot the warning signs?