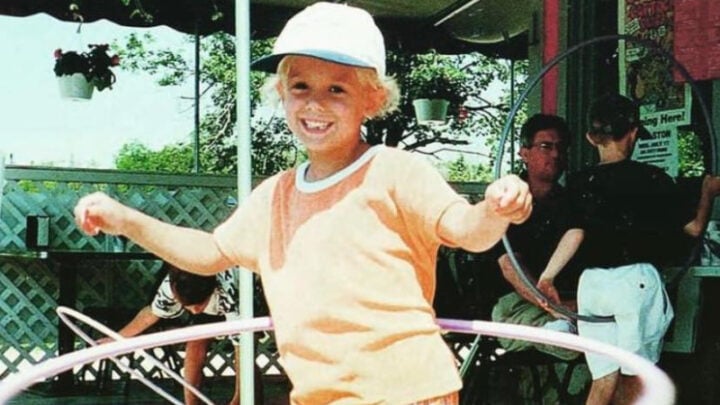 Almost 26 years since 6-year-old JonBenét Ramsey was found murdered in her family home a new federal law that could compel investigators to re-open cold cases may provide answers to the long-running mystery.

Under the Homicide Victims’ Families Rights Act, relatives of homicide victims would have the opportunity to have their loved one’s cases reviewed. The bill, signed into law by President Joe Biden on August 3, would also require federal agencies to provide updates to family members on any reviews of cold cases.

JonBenet’s half-brother, John Andrew Ramsey, said the new law is a “promising step” to solving the decades-long mystery and could work as a “blueprint” for Boulder police who have been investigating the case.

“It’s something we’ve been pushing for,” John told The U.S Sun.

“If I’m stuck on something, I would want someone to look at the problem with a clear set of eyes and fresh ideas.”

John also joined the chorus of voices who have been calling for more action from Boulder police in regards to the long-running investigation into JonBenet’s murder that has yielded few answers, despite police having processed more than 1,500 pieces of evidence and analysing nearly 1,000 DNA samples.

“We’re not the only family like this who face challenges where police are unwilling to share information,” he said.

The recent comments from JonBenet’s half-brother follow recent demands from JonBenét’s father, John Ramsey, that his daughter’s unsolved case should be taken from the Boulder Police Department and handed to an outside agency for DNA testing.

John told KUSA-TV, “somehow we’ve got to force the police, or take it away from them, the ability to go ahead and test some of the crime scene evidence that was never tested for DNA.”

JonBenét was reported missing on December 26, 1996, after her family allegedly found a ransom note inside their home. Her body was found in the basement, an autopsy later revealed that the cause of her death was strangulation.

The investigation into JonBenét’s case captivated the public with speculation falling on the family. JonBenét’s parents were cleared of any wrongdoing in 2008 after DNA evidence collected from JonBenet’s clothing matched an unknown third party.