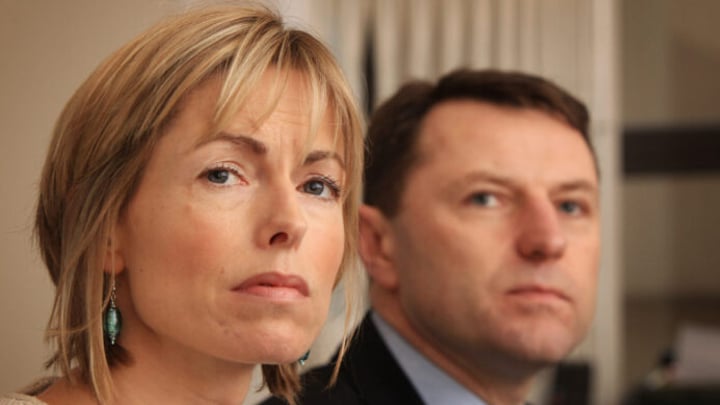 A lack of answers in regards to their daughter's disappearance has done little to shake Kate and Gerry McCann's "determination" in finding the three year old. Source: Getty Images.

As the parents of missing toddler Madeleine McCann enter another year without their beloved daughter, the couple have pledged to never give up in their search for answers.

Madeleine went missing from her bed at a resort while holidaying with her parents in Portugal on May 3, 2007. The case of the then three-year-old’s disappearance attracted considerable global attention.

A major breakthrough was seemingly made in the case when prosecutors from the Faro Department of Criminal Investigation and Prosecution (DIAP) announced in a statement on Thursday, April 21 that a “person was made an arguido” which translates to a person of interest or suspect.

Despite the most recent breakthrough and the long running and extensive investigation, there have been no answers as to the toddler’s fate.

A lack of answers in regards to their daughter’s disappearance has done little to shake Kate and Gerry McCann’s “determination” in finding the three year old, the couple pledged to remain committed to finding Madeleine in a message delivered to Facebook over the Christmas holiday period.

“We’d like to wish all our supporters a very happy, healthy and peaceful 2023. As has been the case over the many years without Madeleine, the kind messages of support and Christmas wishes which we have received have brought that extra touch of warmth and hope to our lives,” they wrote.

“Christmas and other celebratory events will never be the same with our family incomplete, but we continue to make the best of our situation whilst never forgetting or giving up.

“We head into the new year with continued determination and positivity. May 2023 be a good one for us all. With our best wishes and eternal thanks.”

Although the McCanns hold on to the hope that Madeleine will one day be found, a former detective turned investigative journalist holds a different view, recently drawing the unfortunate conclusion that it’s “unlikely” she will ever be found, leaving the three year old’s fate a mystery.

After examining the evidence himself, investigative journalist Mark Williams-Thomas believes the theory with the most weight to it is that Madeleine left the hotel room her family was staying in to look for her parents.

“My conclusion is that on that night of Madeleine’s disappearance, she woke up, looking for mum and dad, and she’d been told the following morning that if she were to wake up, the parents were only in the tapas bar, which was just across the courtyard,” he told the Extraordinary Lives podcast.

“What we do know is that her brother and sister had woken up on the previous nights a number of times, and I suspect as a result of that, Madeleine thought, well, where is mum and dad, as they’d been out on those previous nights as well.”

“So I believe she woke up, she left the apartment, we know the apartment was insecure, the back patio door was open to allow some flow of air, it was very hot.

“And so I believe she got up and went wandering looking for her parents.”

Williams-Thomas then claimed that given the evidence, Madeleine likely “would have been dead within 72 hours”.

When questioned whether the protracted investigation would ever provide any solid answers as to the toddler’s fate, Williams-Thomas believed “it’s probably unlikely”.

“But I always use the caveat that we have to remain positive that one day we will,” he said.