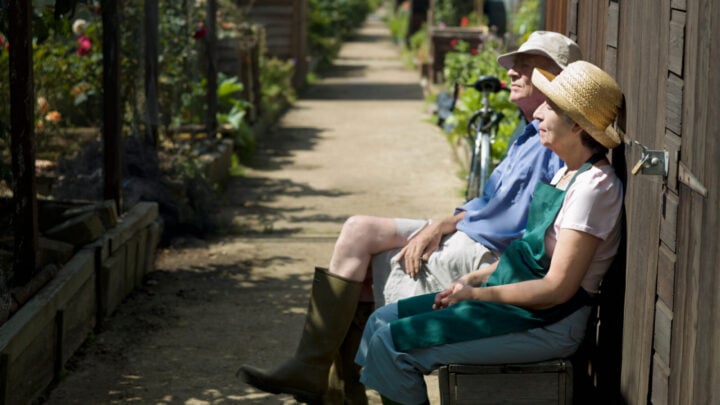 The Covid-19 pandemic – and the lockdowns that came with it – provided a stark reminder of how important it is to remain connected with friends and family.

One initiative that is familiar with helping to break social isolation – not only during the pandemic but for the past 40 years – has been The Australian Men’s Shed Association. Men’s sheds provide a safe environment where men can feel good about themselves, be productive, contribute to the community, connect with friends and maintain a healthy body and mind.

Australian Men’s Shed Association executive officer David Helmers highlighted the rich history of the group and how the concept aims “to provide a meeting place for men, predominately retired men, as a form of prevention of social isolation”. “It goes back to the 1980s, when the original sheds started,” he said. “In the mid-2000s it started to gain a bit of momentum. Today, there are 1,157 sheds in Australia. To put that into perspective, we’ve got about 180 more sheds than there are McDonald’s restaurants. We now have another 3,000 men’s sheds operating in 12 different countries around the world based on the Australian model.”

Helmers sees the sheds as playing an important role in improving the mental and physical health of members through a “preventative” approach, with activities such as woodwork and art. “It’s a very different approach with mental health,” he says. “We see ourselves very much as a preventative. A lot of organisations have had a reactive approach.

“We deliver a lot through the sheds. We’ve got an estimated 200,000 over the age of 55 involved in men’s sheds, so that’s a great conduit to communicate not just mental health but physical health issues as well. Wood working is the main activity, but there’s everything and anything – from the basics like leatherwork and metal work to restoring planes and steam trains, art, music – you name it. That’s one of the great things with sheds, [they] can be anything that the guys want it to be.”

However, the days of community sheds being exclusively a men’s only domain are no longer, as a number of women’s sheds have begun popping up across the country, offering their members the same benefits with a range of fun activities.

Founder of Ladies HQ, Rebecca Kelly, created her women’s shed to satisfy a demand that wasn’t being met. Since starting the shed, she has noticed numerous benefits for her members. “There wasn’t a space for women to come and try new things to get out of their comfort zones, as well as meet new, like-minded ladies,” she said. “We have definitely seen mental health benefits in the ladies attending our space and online community. Some long-lasting friendships have been formed, and they have the chance to try new things and have fun in a safe space.”

Kelly also sees no problem with community sheds being gender restrictive, and even notes some positives to the model. “As there wasn’t a space like this for ladies, I honestly think gender division in this sense is completely reasonable. There are a lot of different opportunities available from being gender restrictive – [some] ladies feel more comfortable being among their own, and I think men would feel the same,” she said.

Women’s sheds seem to be building momentum. As Helmers points out, “Women’s sheds are taking off in a similar way to men’s sheds. We leave it entirely [up to] to the sheds to make their choice whether they’re male-exclusive or female-exclusive. Some sheds that are mixed might be men-only for three days a week, women-only for two days a week, and then mixed for two days a week, as they tend to share the same premises. The constitution allows for them to make up their own minds. We don’t say you’ve got to be men only.”

In an interesting piece of trivia, Helmers provided some insight into the original creators of the men’s shed. “A lot of the early pioneer sheds were actually started by women for men, as they could see the need,” he said. “If you left it up to us blokes, we never would have got it going!”

Have you ever visited a community shed? How was your experience?