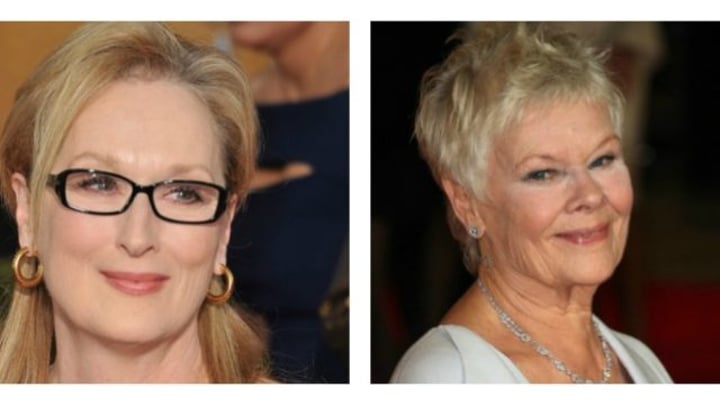 Hollywood A-listers are speaking out about the issue.

In the past week, American film producer Harvey Weinstein has been transformed by accusations of repeated sexual misconduct against employees and actresses. He’s gone from a generally respected name in filmmaking to the beleaguered poster-child for sexual harassment in the film industry.

It was revealed in the The New York Times that Weinstein had quietly settled at least eight cases of sexual harassment over the course of nearly three decades. Ashley Judd was one of the first big-name actresses to lend her voice to the cause, giving a detailed recollection of her own dealings with Weinstein in 1997.

Now, some of the industry’s most influential A-listers have issued official statements about the matters, including Meryl Streep, Glenn Close and Judi Dench.

Dench, who worked with Weinstein on Shakespeare in Love and several other projects, kept her comments concise.

“Whilst there is no doubt that Harvey Weinstein has helped and championed my film career for the past twenty years, I was completely unaware of these offences which are, of course, horrifying. I offer my sympathy to those who have suffered, and wholehearted support to those who have spoken out,” her statement reads.

Streep, an active philanthropist who has spoken out on numerous issues in the past, was more damning.

“The disgraceful news about Harvey Weinstein has appalled those of us whose work he championed, and those whose good and worthy causes he supported. The intrepid women who raised their voices to expose this abuse are our heroes,” Streep’s statement began in a HuffPost article.

Streep has starred in several films backed by Weinstein, including The Iron Lady and August: Osage County. She went on to protest that she had never known about Weinstein’s misconduct and found him to be “exasperating but respectful” in their working relationship.

“If everybody knew, I don’t believe that all the investigative reporters in the entertainment and the hard news media would have neglected for decades to write about it,” Streep wrote. “The behavior is inexcusable, but the abuse of power familiar. Each brave voice that is raised, heard and credited by our watchdog media will ultimately change the game.”

But it was Glenn Close’s statement in The New York Times that proved most shocking, since she not only railed against the industry in general, but admitted to knowing about Weinstein’s behaviour and doing nothing about it.

“I’m sitting here, deeply upset, acknowledging to myself that, yes, for many years, I have been aware of the vague rumors that Harvey Weinstein had a pattern of behaving inappropriately around women. Harvey has always been decent to me, but now that the rumors are being substantiated, I feel angry and darkly sad,” she wrote, before launching into a tirade against the “casting couch phenomenon” and “the horrible pressure, the awful expectation put on a woman when a powerful, egotistical, entitled bully expects sexual favors in exchange for a job”.

Embed from Getty Images
The slew of celebrities decrying Weinstein’s behaviour and speaking out about their own horrifying experiences continues to grow.

Weinstein was fired from his own production company after the New York Times report went public.

What do you think of the statements from these big-name actresses?