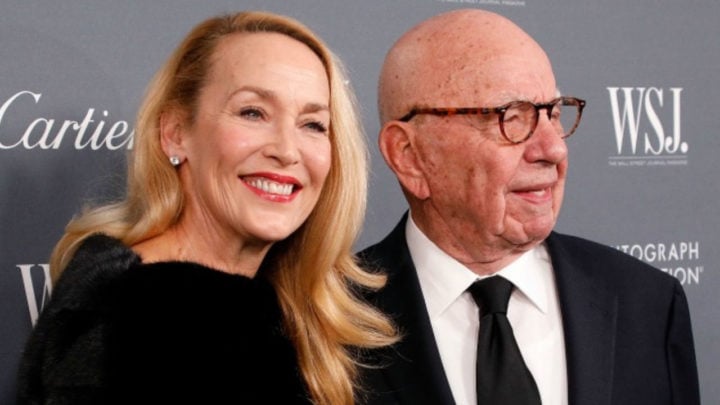 An explosive three-part investigation by The New York Times has shone a light on the media mogul and his family. Source: Getty.

He is one of the world’s most famous tycoons as the head of an enormous media empire, but now an American newspaper has done a deep dive into the Murdoch family and unearthed some shocking revelations.

The explosive three-part investigation by The New York Times has shone a light on the media mogul and his family, revealing details about his relationship with US President Donald Trump, the issue of succession within his media empire and the suspicion that allegedly surrounded his third wife Wendi Deng.

Here are some of the most shocking titbits to come out of the investigation:

One of the most shocking claims to emerge from the investigation is that the 86-year-old almost died following an accident on his son Lachlan’s super yacht in January 2018.

According to The NY Times, the head of News Corp injured himself when he fell during a night time trip to the bathroom, whilst staying on the yacht with his fourth wife Jerry Hall, leaving him unable to move and having to be airlifted to hospital in Los Angeles.

What he really thinks about President Trump

He might be the 45th President of the United States, but according to The NY Times’ sources, Rupert Murdoch wasn’t sold on the idea that the American property tycoon, turned politician, was a credible candidate for the White House.

“He’s a [expletive] idiot,” Murdoch is claimed to have said, with three people close to the businessman repeating the claims when interviewed as part of the investigation. However these claims have also been denied by a spokesperson for the media boss.

It has also been reported that Murdoch actually believed Trump’s rival Hillary Clinton was going to win the election, as he texted his daughter-in-law Kathryn, who was in the Fox newsroom at the time, and said: “Looks like your girl’s going to win.”

Was his third wife a ‘Chinese spy’?

According to the newspaper investigation, which took six months and saw 150 people interviewed, Murdoch’s son James, 46, “had heard from senior foreign officials” that they believed his father’s third wife Deng – who married the Australian businessman in 1999 – was a Chinese intelligence asset.

The detailed report also suggests that members of the Murdoch clan felt that Wendi, who shares two children with him, treated their father terribly and called him “old” and “stupid.”

The issue of succession

With one of the most renowned media empires in the world – comprising of multiple television networks, a global news service, a major publishing house and, until late 2017, a Hollywood movie studio – the issue of who will succeed Rupert and take on his role as head of the family company when he dies is a hotly debated topic, however if the investigation is anything to go by it seems that so-called “favourite child” Lachlan has surpassed his siblings to become his father’s preferred heir.

His eldest children, Elisabeth, 50, Lachlan and James grew up in New York, listening to their father dissect the morning papers with the publication claiming all three of them had imagined they might one day inherit the company, adding that friends of the Murdochs liked to say: “Murdoch didn’t raise children; he raised future media moguls.”

Another of the major revelations is that Murdoch’s children James, Elisabeth and Prudence offered to sell their shares in the family companies to their brother Lachlan, which would have put Rupert and his eldest son in complete control of the empire.

According to The Times, Rupert was on board with the idea but Lachlan, 47, got cold feet at the end of last year, describing the deal as “not financially doable”.

Another explosive claim regards the family dynamics of the Murdochs with sources telling the newspaper that the family have undertaken family therapy sessions with a therapist specialising in “working with dynastic families”.

The Times also reported rumours of a rivalry between brothers James and Lachlan, with the latter said to regard his brother as the “wrong choice” to be a public face of the company.

What are your thoughts on this story? Are you surprised by these claims?