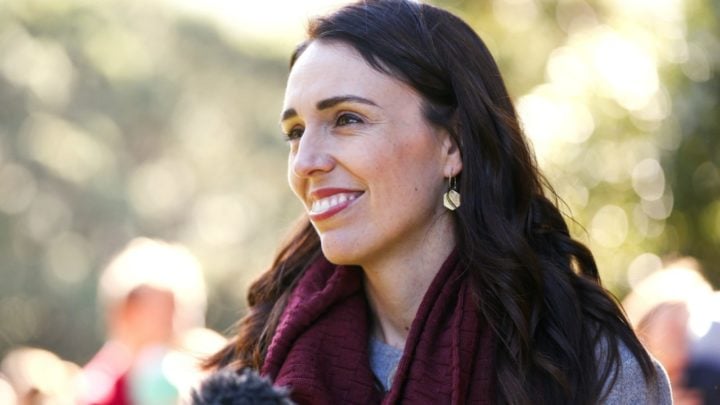 It seems even world leaders aren’t exempt from strict coronavirus measures. New Zealand Prime Minister Jacinda Ardern was spotted waiting outside a popular cafe in Wellington on Saturday morning. It was reported the prime minister and her fiance Clarke Gayford were initially turned away because the cafe had already reached its limit of customers.

Similar to Australia, New Zealand has begun easing restrictions, meaning people can now dine in at restaurants, pubs and cafes, but there’s a 10-person limit. For many people, that means having to wait outside for another customer to leave before they can secure a spot — and that’s exactly what happened to the New Zealand prime minister.

“Omg Jacinda Ardern just tried to come into Olive and was rejected cause it’s full,” a Twitter user named Joey wrote. He later added: “Never mind they sorted her out.”

Omg Jacinda Ardern just tried to come into Olive and was rejected cause it's full. 💀

Jacinda’s partner confirmed the news, responding: “I have to take responsibility for this, I didn’t get organised and book anywhere. It was very nice of them to chase us down st when a spot freed up. A+ service.”

Another Twitter user, Joanne Buttfield, chimed in, saying: “This has to be the most Kiwi tweet I’ve ever read… love it, love NZ.” It didn’t take long before other Twitter users got it on the fun, with one woman named Catherine, jokingly writing: “Give that woman a scone!!”

Another user who goes by the name of Lissa Carlino commented: “I bet she didn’t mind, either!” @sadeinthesky2 agreed, writing: “Betcha she was gracious and unassuming about it.”

Asked for comment, a spokesperson from Ardern’s office said in an email that waiting at a cafe is something that anyone can experience during New Zealand’s new coronavirus measures: “The PM says she just waits like everyone else.”

It comes after the prime minister announced that she, along with the country’s government ministers and public service chief executives, would voluntarily be slashing their salaries by 20 per cent over the next six months, in the wake of the global health emergency.

Ardern described the decision as one of “leadership” and solidarity with the public, and said: “If there was ever a time to close the gap between groups of people across New Zealand in different positions, it is now. I am responsible for the executive branch and this is where we can take action … it is about showing solidarity in New Zealand’s time of need.”