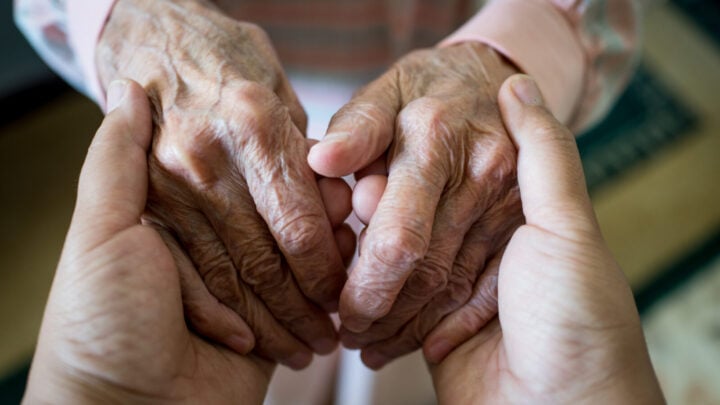 Although the day is a time to celebrate seniors and their contribution to society its an also an important opportunity to raise awareness regarding the issues impacting seniors. Source: Getty Images.

The contribution seniors make to society will be celebrated today as part of the International Day of Older Persons.

CEO of The Violet Inititiative, Melissa Reader said the day is a “celebration of the older people in all societies, and a reminder to continue developing a society for all ages”.

October 1 was designated as the International Day of Older Persons on December 14 1990 in an effort to recognise the crucial role seniors play in society.

Although the day is a time to celebrate seniors and their contribution to society it’s also an important opportunity to raise awareness regarding the issues impacting seniors such as elder abuse, homelessness, and ageism.

Given that in a recent Starts at 60 community poll, nearly 50 per cent of people said they’ve come into contact with elder abuse in their own community or families, days of recognition such as these are crucial to address the inequalities seniors are faced with on a regular basis.

Furthermore, an inquiry in New South Wales (NSW) recently found that the housing affordability crisis is pushing Australians over 55 into homelessness, stating that the issue will continue to worsen.

The Ageing on the Edge NSW Coalition submitted their inquiry to parliament, stating senior homelessness was already becoming an issue before recent global events.

“There is a significant shortage of social and affordable housing across NSW and the current COVID-19 related challenges and bushfires in 2019-20 among other issues exacerbated the demand for affordable housing,” the report read.

“Even before these crises, there was an increase in the experiences of homelessness among older people. From 2011 to 2016, the number of people aged 55 and over experiencing homelessness in NSW increased by 42% (from 4,529 to 6,407).”

Another issue seniors are faced with on a daily basis is ageism, with many over 60 reporting they have experienced some form of ageism firsthand, particularly in the workplace.

The Ageing in the Workplace 2021 report surveyed 5000 Australians over 50 in order to explore the experience of seniors in the workplace, the impacts of Covid-19, and how they feel about retirement.

Alarmingly, 9 out of 10 respondents surveyed believe ageism is prevalent in the workplace. While 1 in 5 experienced age discrimination while at work.

It’s issues such as these that National Older Women’s Network president Beverly Baker claims, highlight the need for days such as International Day of Older Persons.

“The world’s population is ageing, people are living longer and healthier and it’s really about looking at ways we can structure a society that better deals with that ageing population,’ she said.

“We need these days because we are sadly a very ageist society and we like putting people into groups.

“It’s really about building that respect, that need, that engagement, and that inclusion for older people.”

Baker stressed that “divisive language around ageing” also needs to come to an end while providing examples of such language that is derogatory towards seniors.

“If someone is behaving in a weird way it’s said ‘they are behaving like an old woman’. Since when is being an old woman an insult? I think older women behave a lot more sensibly than a lot of men, irrespective of their age but it’s an insult to call someone an older woman,” she said.

“All of that divisiveness, we really do need to address that and call it out. The same way we call out racism, we’ve got to call out ageism.”