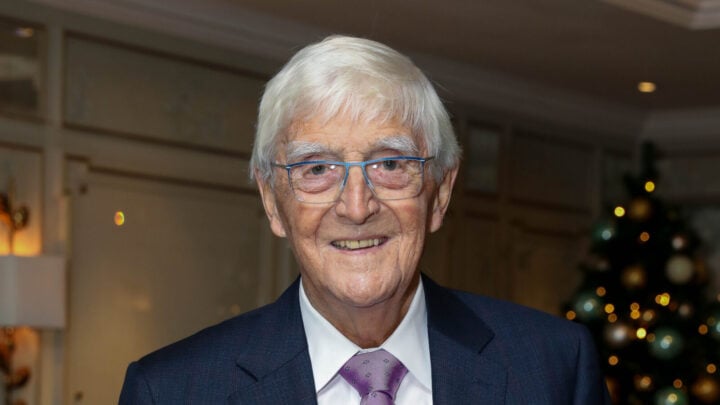 English broadcaster Sir Michael Parkinson has slammed the recent surge of ‘cancel culture’ and said “it seems to be out of control”.

Over the past year a range of movies and episodes of television programs, such as Fawlty Towers, have been removed from streaming services. However, Parkinson, 85, doesn’t agree with this decision, or actions that have been taken on social media.

When asked his views on ‘cancel culture’ during an interview with Stellar magazine he said: “I ignore it, I’ve never participated in it, I don’t belong to any of it.”

Adding: “It seems to be out of control and people are getting hurt by it – young people too. God knows we all have enough problems without this additional nonsense.”

The comments came during a conversation about Parkinson’s new book ‘Like Father, Like Son: A Family Story’ which he wrote with his own son Michael “Mike” Jr. During the interview Parkinson was asked if he believed that men find it hard to express their emotions to which the broadcaster said he disagreed.

The 85-year-old said most men he knows are very sensitive and also very funny.

“That’s the thing I like most about men,” he told Stellar magazine. “It’s a very contentious statement, but they’re much better than women in their sense of humour. There you are, that will get me – if I were on [any social media channels], I would be in trouble right now.”

While Parkinson is English, he has a strong connection to Australia and last year opened up about his friendship with Kerri-Anne Kennerley’s late husband John. He had attended their star-studded wedding at the Sydney Opera House in 1984.

“He was a deceptively quiet man in a sense that you thought he doesn’t say much really does he,” Sir Michael explained to Kennerley during the interview.”But he did, and what he did say was worth listening to.”

What do you think of 'cancel culture'? Do you agree with Sir Michael Parkinson?