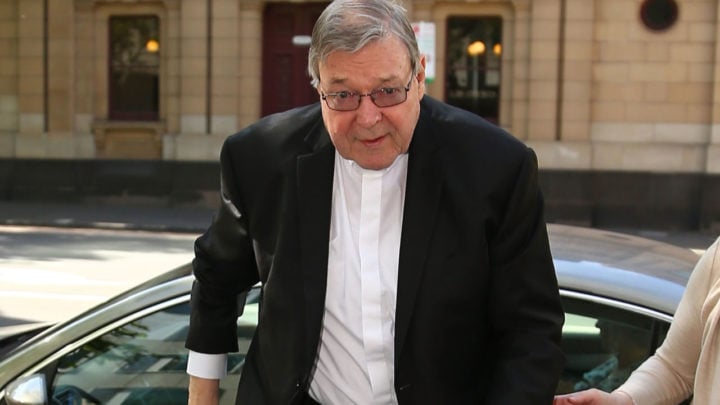 The 77-year-old was convicted of the charges on December 11, 2o18 at Melbourne’s county court, following a unanimous verdict from the jury, The Sydney Morning Herald reports. The Australian media was unable to report on the trial until today because the judge had placed a suppression order on the case.

Graphic details of the assaults were heard in court. In the first instance, Pell reportedly confronted the two boys in the priests’ sacristy of St Patrick’s Cathedral, undoing his pants and forcing the head of one of the boys close to his genitals. He then moved to the second boy and put his penis in the boy’s mouth.

The allegations from the second boy, who is now in his 30s, were only reported in 2015 as he was “in shock” following the abuse and feared no one would believe him.

Speaking in court, the man claimed he was also scared his school scholarship would be taken away should he speak up about the abuse.

The other victim sadly died years ago and according to The Sydney Morning Herald, never reported the abuse he endured as a child.

The verdict was delivered after a retrial was ordered following an earlier jury’s inability to reach a decision back in September, 2018. Following the decision in December, Pell was granted bail to undergo knee surgery in Sydney. He was also removed from Pope Francis’ exclusive group of cardinals known as the Group of Nine, and forced to step down from his position as the Vatican’s Chief Financial Officer.

According to The Sydney Morning Herald, the cardinal will be sentenced in a fortnight following a pre-sentence hearing on Wednesday. Pell’s legal team have announced they will appeal against the conviction.

The news follows Pope Francis’ speech about ending sexual abuse in the church this week at a historic Vatican summit.

Here he discussed the seriousness of the issue and the need to help those who have been abused by listening to what they have to say.

“If in the church there should emerge even a single case of abuse – which already in itself represents an atrocity – that case will be faced with the utmost seriousness,” he said in a statement published on the Vatican’s website.

“Brothers and sisters: in people’s justified anger, the church sees the reflection of the wrath of God, betrayed and insulted by these deceitful consecrated persons. The echo of the silent cry of the little ones who, instead of finding in them fathers and spiritual guides encountered tormentors, will shake hearts dulled by  hypocrisy and by power. It is our duty to pay close heed to this silent, choked cry.”

The Pope called for an end of abuse in the church claiming they will watch over, protect and care for the children who have been exploited and abused over the years.

“I make a heartfelt appeal for an all-out battle against the abuse of minors both sexually and in other areas, on the part of all authorities and individuals, for we are dealing with abominable crimes that must be erased from the face of the earth: this is demanded by all the many victims hidden in families and in the various settings of our societies,” he added.