Forget the pan: Here’s how to quickly fry an egg in the microwave 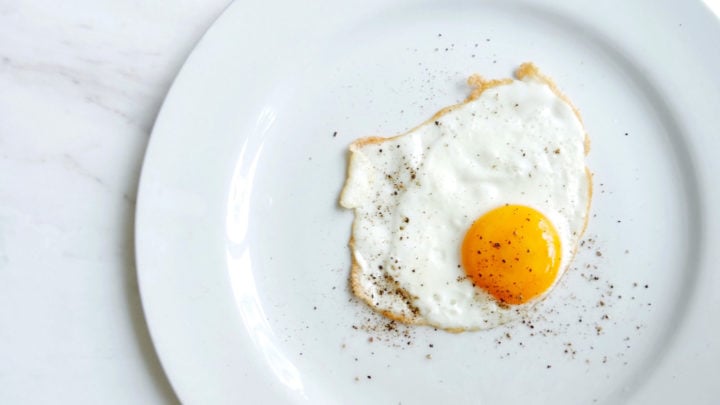 This hack will save you minutes in the morning! Source: Getty.

Although there’s not much involved in using the stovetop, if you’re looking for an even quicker way to achieve the ultimate fried egg – you have to try this ingenious hack! With just a microwave, some oil, a bowl and of course an egg, even the worst cook in the world can perfect this method that results in a perfectly round and completely intact egg.

Celebrity chef David Chang, who is most well known for his expansive restaurant empire, posted the method to his Instagram where he showed himself oiling a small container, cracking an egg inside and then popping it in his fancy, sliding microwave drawer. After about a minute and a half on 30 per cent power, Chang takes it out and shows the camera the surprisingly perfect-looking fried egg.

@jimmyfallon showed me his egg trick with a silicone ring mold in a pan on @fallontonight. After my WiFi run to the liquor store (yes my WiFi crashed)…I made this. Don’t be afraid of the microwave!! #culinarydarkarts #sandbagmaster

The caption mentioned how the celebrity chef was previously sharing egg tricks with talk show host Jimmy Fallon when he guest-starred on the social distancing version of the show that has been taking place via video chat. “@jimmyfallon showed me his egg trick with a silicone ring mold (sic) in a pan on @fallontonight. After my WiFi run to the liquor store (yes my WiFi crashed)…I made this. Don’t be afraid of the microwave!! #culinarydarkarts #sandbagmaster”.

Commenters on the video were equally as impressed with the outcome of the simple hack with one saying: “Wow, game changer”. While another mentioned it has always been their go-to for a quick fix, adding: “Microwaved eggs are where it’s at – especially when you’re in the office. Used to make scrambled with cheese all the time”.

However, most commenters were even more overcome with the futuristic microwave featured in the video. One posted: “I need to lease me one of those self closing microwaves” while another joked: “That microwave is probably worth more than my whole life”.

How to fry an egg in a microwave

Have you tried frying an egg in the microwave? Or would you rather use the stove?