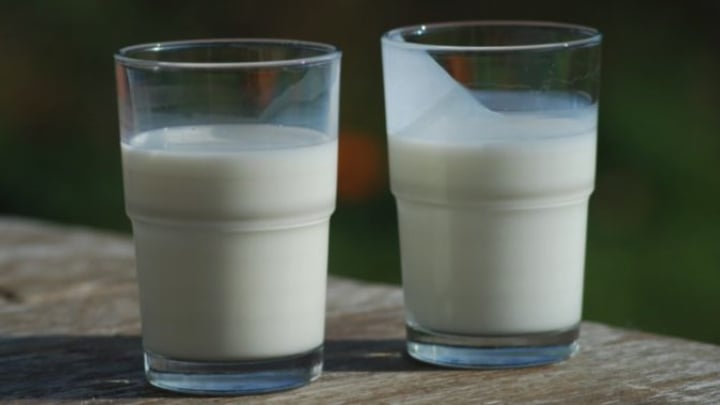 There was outrage in 2016 when it was revealed Australian dairy farmers were fighting mounting debts due to supermarkets and two of the biggest players in the dairy industry slashing milk prices.

Now there’s a fresh blow, as a long-awaited report has found there’s “no direct relationship” between $1-a-litre milk and the final profit farmers are receiving.

The Australian Competition and Consumer Commission (ACCC) released its final report on Monday, calling for a mandatory code of conduct to be put in place to improve contracting practices between dairy processors and farmers.

“Dairy farmers are understandably frustrated the retail price of milk has declined in real terms, since retailers adopted their milk pricing policies,” ACCC Commissioner Mick Keogh said in a statement. “The price set by retailers is arbitrary and has no direct relationship to the cost of production for the supply of milk.”

He explained that increasing the price of milk would be unlikely to affect the amount of money the farmer sees coming back at the end, as it still has to go through the same processors, who essentially set their own rules in complex contracts. It means that farmers are unlikely to feel the benefit, unless they “have improved bargaining power in their negotiations with processors”.

Read more: Should the government provide more support for farmers?

“In examining the impact of this on farmgate prices, however, the ACCC found almost all contracts for the supply of private label milk allows processors to pass through movements in farmgate prices to supermarkets,” he added.

“Therefore, there is no direct relationship between retail private label milk prices and farmgate prices.”

Keogh concluded: “If supermarkets agreed to increase the price of milk and processors received higher wholesale prices, processors would still not pay farmers any more than they have to secure milk.”

As a solution, he has suggested the mandatory code of conduct would address the “large imbalance in bargaining power” between farmers and processors. Currently, processors can dictate milk prices and other contract terms, keeping them more in their own favour.

It comes after Australia’s biggest dairy processor, Murray Goulburn, and New Zealand giant, Fronterra, reduced milk prices in an attempt to dominate the market. The public offered support on social media at the time, spawning a move to boycott cheap milk deals, and the Australian government pitched in by supplying farmers with a $555 billion lifeline to assist farmers who were left out of pocket by the processors’ move.

However, it couldn’t help all of them, and many found themselves in heavy debt as they battled to stay afloat.

Meanwhile, farmers and agricultural workers of all types battle other long-term stresses, including volatile weather, heavy debt, erratic markets for their goods, long working hours, and the big costs that come from machinery breakdowns and expensive supplies. Its all led to a high suicide rate among rural farmers in the country in recent years.

Do you think Aussie dairy farmers should see more of the profit from milk sales? Should prices be increased, and more regulation introduced to monitor processors’ contracts?