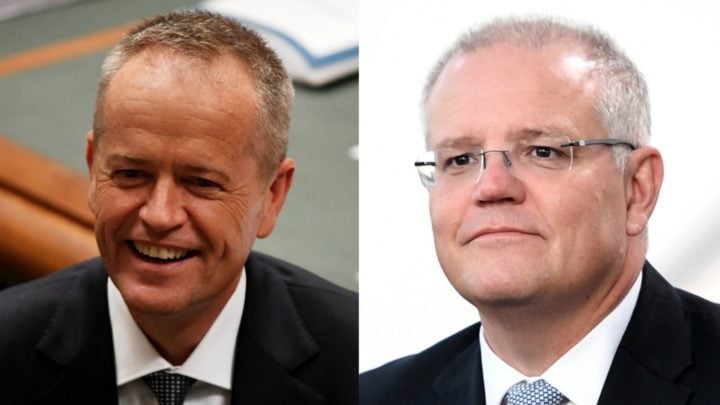 Bill Shorten looks set to take over as Australia’s next prime minister according to the final Newspoll results before election day.

While the Labor leader and current PM Scott Morrison have made their final pitches to voters before the country takes to the polls on Saturday, The Australian‘s pre-election Newspoll has revealed Labor have gained a 1.9 per cent swing against the Coalition.

In fact, Labor leads the Coalition 51.5 per cent to 48.5 per cent on a two-party-preferred vote basis in the poll, despite Morrison remaining the preferred prime minister.

It would essentially be enough for the party to secure 81 seats in a 151-seat Parliament if applied on a national scale, giving them a majority – the first time Labor will have returned to power since the collapse of the Rudd-Gillard ­government.

However, according to the news outlet, party strategists have claimed “hand-to-hand” battles in around 20 seats will decide the election – and may give each party a minority government, depending on the results.

"I think it will be a long night. I always said this election would be close"

Ipsos and YouGov Galaxy polls also show Labor ahead of the Coalition, with a similar margin of 51-49.

Morrison remains the preferred PM, according to the poll, and is favoured over Shorten by 45 per cent to 38 per cent – with 15 per cent uncommitted.

Aussies right across the country will take to the polls on Saturday, with 4.5million people already having handed in their ballots, according to the news outlet.

It comes after Shorten abandoned a scheduled Queensland campaign tour to visit Bob Hawke’s widow Blanche d’Alpuget and offer his condolences following his death this week.

Meanwhile, minor parties are set to play a major role in the 2019 election, as The Australian‘s Newspoll showed 25 per cent of voters opting for someone other than the major parties, compared with 23.2 per cent in 2016.

Clive Palmer’s United Australia Party sits at five per cent, while Pauline Hanson’s One Nation support has fallen from 11 per cent in 2017 to just 3 per cent.

The Greens, meanwhile, remain unchanged at 9 per cent nationally.

It comes after new analysis revealed an overwhelming majority of Australians do not believe the promises made by politicians in the lead-up to the vote.

A study of more than 2,500 people over the age of 18 revealed that 79.9 per cent of people do not believe that politicians will make good on the promises they have made throughout the election campaign.

From tax cuts to housing schemes, and dental care to the pension, the likes of Morrison, Shorten, Palmer and Hanson have pledged to improve the lives of Australians in all manner of ways in recent weeks as they battle it out for the keys to The Lodge. But, the study carried out by the Media Precinct has now shone a light on the public’s level of trust in elected officials.

Who will you be voting for? Who do you think will win the election?