Sexually assaulted at 94: One brave woman shares her story 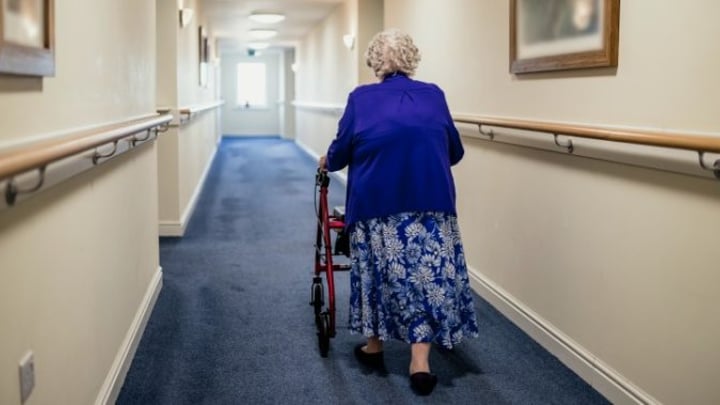 A 96-year-old woman has told The Weekend Australian Magazine of a terrifying sexual assault she was subjected to at her retirement village, saying she believes she was targeted by the attacker because he thought people wouldn’t believe a “very old” woman.

Her experience showed, sadly, that the attacker was almost correct – she very nearly was not believed when she attempted to report the attack. But Margaret Solis continued to tell her story and pursued her attacker to court, where he pleaded guilty to sexual assault charges.

Solis has waived her right to anonymity in order to tell her harrowing story to The Weekend Australian Magazine, but her attacker’s identity has been withheld by the publication because it may hamper other legal proceedings against him. The magazine’s report makes clear, however, that Solis is far from alone in being an older female victim of sexual assault.

A study found that there were almost 400 reports of unlawful sexual contact, including some involving force, against women aged 60-plus in the year to June 2014. And Di Macleod, a director of the Gold Coast Centre Against Sexual Violence told The Weekend Australian Magazine that such cases were not at all rare, but that in the same way that society previously didn’t want to believe that children could be sexually abused, there is a similar societal blindness to sexual abuse on elderly people.

You can read Solis’ story in full in the magazine, but in short, with her husband Mick no longer alive and her only child, a 70-year-old son, suffering from Alzheimer’s, Solis moved into a privately owned ‘independent living community’ in Brisbane, Queensland. She lived there for five years before a temporary on-site manager was brought in to replace the long-time managers while they went on holiday.

This temporary manager, a 69-year-old man, forced his way into Solis’ home and assaulted her. He also allegedly assaulted two other women living in the same community, one of whom has dementia. When Solis, who was 94 at the time, attempted to complain to the long-time managers, she was reportedly accused of having “a urinary tract infection that was addling her brain”. When she called the Elder Abuse Helpline, she was allegedly told that it could not assist on sexual abuse issues.

(The Elder Abuse Helpline site does offer advice on warning signs of sexual abuse being committed on older people, with the site saying that rough or inappropriate washing by a carer or forced nudity could be considered sexual abuse alongside more commonly recognised forms of abuse such as rape.)

It was not until she spoke to the manager of a senior’s club that she attended weekly that she was taken seriously. The manager reported the assault to police, and when the case went to court in March, Solis’ attacker pleaded guilty to two charges of sexual assault – one on Solis and one on another resident – but was given just a six-month suspended sentence with a two-year good-behaviour condition.

Solis, who is now living happily in a new aged care facility in Brisbane, told The Weekend Australian Magazine that she thought her attacker targeted her because she was an easy victim. But the British-born 96-year-old, who was a nurse for six years during World War II and, after she emigrated to Australia in 1960, spent the rest of her nursing career at the Princess Alexandra Hospital, said she was no soft touch.

“I think he picked me because I was very old,” ­Solis said. “He probably thought that at 94 I wouldn’t be believed, that they’d think I’d gone gaga. Or better still, that I’d just keep my mouth shut … Now I feel I have avenged myself and avenged all those other elderly women he would have gone on to assault.”

The government’s My Aged Care site offers contact details for anyone concerned about any form of elder abuse. The OPAL (Older People And SexuaLity) Institute offered support and guidance in Solis’ case, and can be contacted here.

Do you think the incidence of sexual abuse of older Australians is more common than many people might believe?