‘Devoted to removing the crown’: Australia appoints first Minister for the Republic 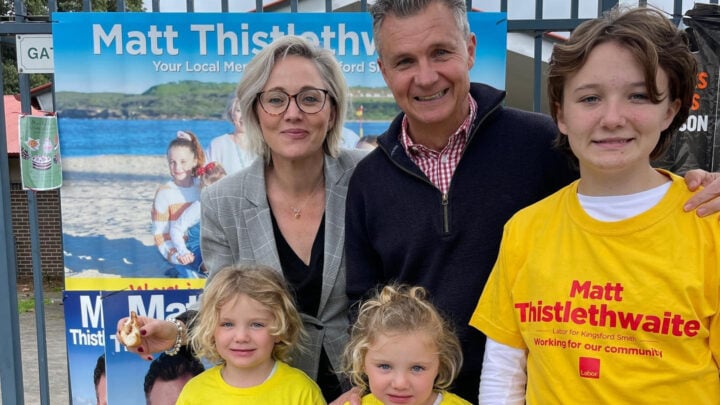 Australia has its first Minister for the Republic. Source: @MattThistlethwaiteMP/Facebook

Australia has appointed Matt Thistlethwaite as the first Assistant Minister for the Republic, tasked with managing the country’s conversion from a Monarchy to a Republic.

Thistlethwaite, sworn in by Governor-General Dave Hurley, the Queen’s Representative, on June 2, says there’s no better time than now to start the conversation of Australia’s transition.

Speaking with The Guardian, the new Minister believes that as the Queen “comes to the twilight of her reign, it’s a good opportunity for a serious discussion about what comes next for Australia”.

Thistlethwaite says his primary goal is to teach the people of Australia about the current constitutional arrangements of having a British Monarch inheriting the role of Head of State, as opposed to an Australian chosen Head of State.

“Literally hundreds of Australians could perform the role, so why wouldn’t we appoint an Australian as our pinnacle position under the constitution? It will take time, but if you want to do it properly, we should begin the discussion now, so we’re ready to go in a second term of an Albanese government,” he said.

“In the insightful words of that well-known monarchist Lyle Shelton a few weeks ago, for the first time Australia has ‘a Minister of the Crown devoted to removing the Crown’,” FitzSimons said.

“We have the wind in our sails. The timing is perfect. We are on our way.”

Because having a foreign monarch is a holdover from when Australia was a colony, and saw itself as Britain in the South Seas.
We are no longer a colony, are proud to be diverse, here for 65,000 years, and we know we’re not British.
So having foreign monarch no longer fits.
Fair? https://t.co/pwdVyXlNpJ

ARM National Director Sandy Biar said “hereditary rule” should be a thing of the past.

“It’s time we had an Australian as Head of State chosen democratically through a merit-based election – someone chosen by Australians and accountable to us,” Biar said.

“We wouldn’t accept politicians inheriting the job from their parents for life, and we shouldn’t accept it for our Head of State.

“Hereditary rule should be consigned to the dustbin of history. It has no place in a modern democracy like Australia.”

Monarchists have slammed the Albanese government, saying the timing is tasteless as The Queen celebrates her Platinum Jubilee.

“I think it’s absolutely ridiculous, it’s come at the worst possible time with an utter show of disrespect to the Queen and the Crown,” Campus coordinator for the UQ Monarchist League, Jack Barton said in an interview with 2GB.

“They [Labor] have no care of disregard for any of the people of Australia who want to see or celebrate Her Majesty’s Platinum Jubilee.”