‘We got there in the end’: Lynette Simms’ family react to Chris Dawson’s sentence 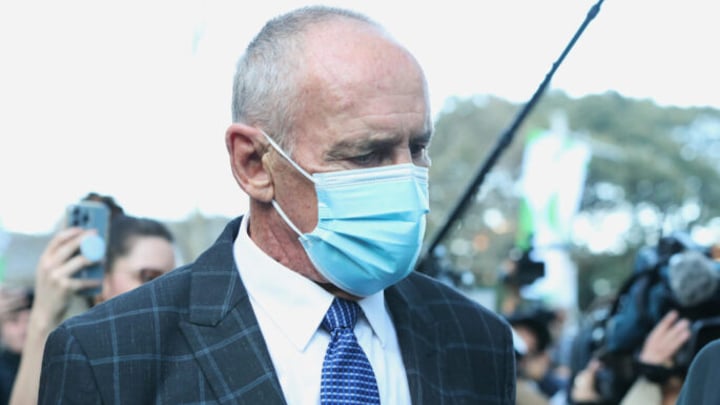 As Chris Dawson learned his fate for the 1982 murder of his wife Lynette and as he prepared to commence his lengthy prison sentence, Lynette’s family reflected on their 40 year fight for justice.

On Friday, November 2, Justice Ian Harrison sentenced the 74 year old Dawson to a maximum of 24 years in prison, with an 18-year non parole period, for the murder of his wife.

“Mr Dawson will probably die in jail,” Justice Harrison said during the hearing.

Outside of court, Lynette’s brother Gregg Simms told reporters that his family “really didn’t believe this day would ever come”.

“The system was against us, but we got there in the end,” Simms said.

“For our family, Lyn will always be remembered as a happy, gentle, generous and loving daughter, sister, mother, niece, aunt and friend.”

He also requested that his sister be remembered by her maiden name, Lynette Joy Simms, in an effort to reclaim her name from Dawson.

“Chris Dawson discarded her. The Dawsons disregarded her,” he said.

“From today on, we would like her to be known and remembered as Lynette Joy Simms.”

Simms went on to express the relief that came with knowing the family can move forward with their lives now that justice has been served.

“It’s our time to begin living our lives without having this hanging over our heads,” Simms said.

“Chris Dawson has had 40 years of freedom. Now, it’s our turn.

“What we need now is to find Lyn and put her to rest.”

Despite wanting to find her body in order to lay her to rest properly, Lynette’s niece believes Dawson will never offer such closure.

“I think it’s something we have to come to peace with that we will never know where she is.” Renae Simms told Today.

“We were I think just happy with the guilty verdict, knowing that Lyn’s name had been clear and now it was public that Chris had been found guilty of killing her.

“I think the reality is whatever sentence he was going to get he was likely not to survive it.”

Dawson has maintained his innocence, pleading not guilty to the murder charges and and has vehemently denied any involvement in Lynette’s disappearance, claiming she abandoned him and their young children to join a religious group in the Blue Mountains.

Dawson has lodged an appeal against his conviction that is expected to be heard in 2023.