‘Sadly there are many questions’: Chris Dawson’s trial draws to a close 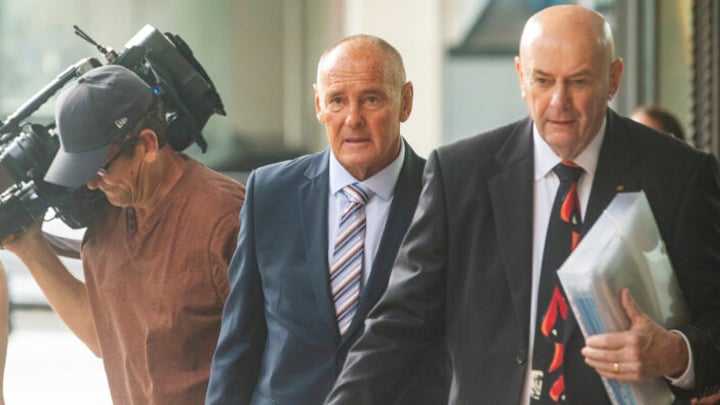 A verdict is set to be delivered in the coming days. Source: Getty Images.

Chris Dawson’s trial for the alleged 1982 murder of his wife Lynette has reached its conclusion despite the fate of the 33-year-old mother of two remaining a mystery.

Lynette vanished from the family’s Bayview home on Sydney’s Northern Beaches in 1982, and though her remains were never found, two coronial inquiries ruled that Lynette was murdered and claimed it was by someone she knew.

A post shared by If I Go Missing (@ifigomissingpodcast)

Before the trial commenced Chris told 9 News that he was “looking forward to justice to be served and the truth coming out” as the trial begins.

Dawson pleaded not guilty to murdering his wife and has continuously denied involvement in his wife’s disappearance, maintaining that she abandoned him and their young children to join a religious group in the Blue Mountains.

The trial, which ran for over two months, heard from several witnesses, including friends and extended family members, who brought to light allegations of abuse, the hiring of a hitman and claims that Lynette had been spotted after she reportedly vanished.

Claims of alleged “animosity” between Chris and his former wife were made by the Crown prosecution as well as allegations that Chris had approached witness Robert Silkman to see if he knew someone who could “get rid of his wife”.

Defence barrister, Pauline David quickly slammed the claims, stating there wasn’t “a scintilla of truth” to the allegations that Chris had organised to hire a hitman in her opening statement to the court on Monday, May 16.

The court also heard that Lynette revealed to her sister that her husband Chris was “angry with her all the time” shortly before her mysterious disappearance.

According to news.com.au, Jenkins also revealed she had initially hoped that her sister would be found alive following her mysterious disappearance.

Despite Jenkins’ hopes that her sister was still alive Crown prosecutor Craig Everson claimed that it was “inherently improbable” that Lynette had simply run off and abandoned her family, arguing that Chris murdered her.

Although David argued that it could not be entirely dismissed that Lynette was still alive.

“While sadly there are many questions without answer in this case, about what happened to Lynette Dawson, the defence submits the evidence just does not support that the answer is Christopher Dawson killed her,” David said.

“The defence submission is – based on the evidence before this court – the only verdict open is a not-guilty verdict.”

Supreme Court Justice Ian Harrison is expected to hand down a verdict at a later date.