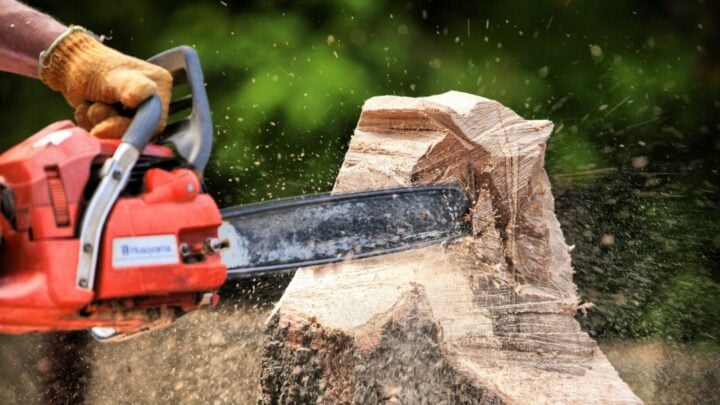 A 59-year-old man has been serisouly injured by a chainsaw. Source: Getty.

A 59-year-old man has been seriously injured with a chainsaw after allegedly being attacked during a neighbourhood dispute overnight in Tasmania’s South.

Police said they were called to a property at Wards Court in Middleton about 10.20pm on Tuesday, November 17. They said a woman and man had attended a neighbouring property where the woman allegedly crashed a vehicle into the neighbour’s shed, and the man allegedly injured the neighbour with a chainsaw.

The neighbour was taken to the Royal Hobart Hospital in a serious condition after having received “significant” wounds to his arms.

Police said his alleged attackers are in police custody and assisting with enquiries. It is anticipated charges will be laid later today.

“Police are investigating a serious assault at a Middleton residence last night where a man was injured by a chainsaw,” Tasmania Police said in a statement. “Police remain at the scene in Wards Court where further physical examinations will be undertaken.”

“Police would like to reassure the community this was an isolated incident linked to an ongoing dispute between people known to each other.”

The attack comes just a few months after an 84-year-old was attacked outside of his home. The man, who had lived in the WA suburb of East Cannington for 40 years, was assaulted in the front yard of his Henry Street property at around 7pm on Sunday, August 16. Police located the man with serious head and facial injuries and was rushed to hospital. Sadly, the man died in hospital two weeks later.