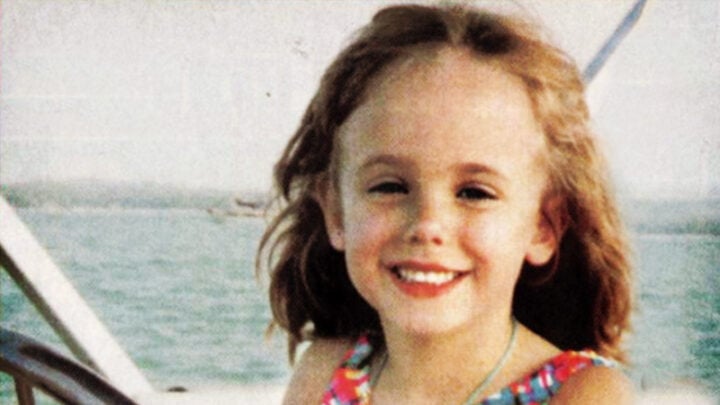 Despite police having processed more than 1,500 pieces of evidence and analysing nearly 1,000 DNA samples, nobody has been charged in relation to the case. Source: Instagram/ @jonbenetramsey_memorypage

It’s been over 25 years since 6-year-old JonBenét Ramsey was found murdered in her family home and police are no closer to identifying who is responsible for the killing of the child beauty pageant queen.

However, DNA expert Cece Moore has come forward claiming she could solve the case and identify the killer if detectives investigating the long-running mystery provided her with evidence for testing.

JonBenét was reported missing on December 26, 1996, after her family allegedly found a ransom note inside their home. Her body was found in the basement, an autopsy later revealed that the cause of her death was strangulation.

“It might only be a matter of hours before that DNA contributor is identified,” she told 60 Minutes.

“It is heartbreaking. There are people all over the world that want to see her killer brought to justice.

“When I do believe I have identified that DNA contributor, it’s a very strange feeling to know that I’m probably the only person in the world other than the killer that knows what they did.”

The bold claim from Moore follows recent demands from JonBenét’s father, John Ramsey, that his daughter’s unsolved case should be taken from the Boulder Police Department and handed to an outside agency for DNA testing.

John told KUSA-TV, “somehow we’ve got to force the police, or take it away from them, the ability to go ahead and test some of the crime scene evidence that was never tested for DNA”.

On the 25th anniversary of the JonBenét Ramsey murder, Boulder Police announced they were “actively reviewing genetic DNA testing” to determine if it can help solve the famous case that gripped the world.

In a statement released on Monday, December 20, 2021 police addressed the anniversary of JonBenét’s death while revealing investigators had been working on “future DNA advancements” in a bid to solve the long-running case.

“As the Department continues to use new technology to enhance the investigation, it is actively reviewing genetic DNA testing processes to see if those can be applied to this case moving forward,” the statement said.

The investigation into JonBenét’s case captivated the public with speculation falling on the family. The family reported finding a ransom note during the early moments of JonBenét’s disappearance demanding a $118,000 payment. JonBenét’s parents were cleared of any wrongdoing in 2008 after DNA evidence collected from JonBenet’s clothing matched an unknown third party.