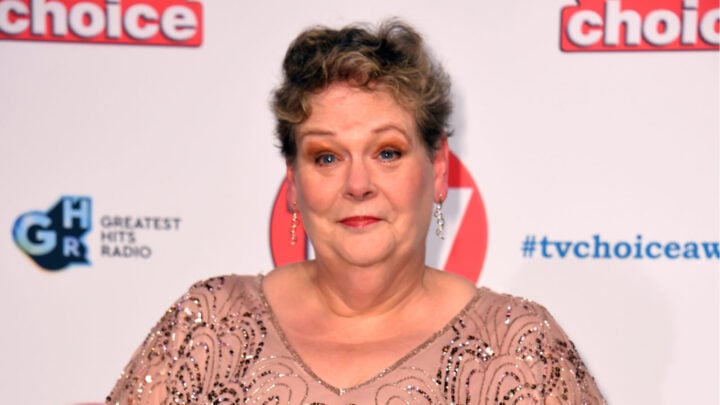 Anne Hegerty is well-known across the world for her role on popular quiz show The Chase, but life wasn’t always so smooth sailing for the mastermind, who admitted recently that she was in a dire financial situation prior to landing her position as The Governess.

The 62-year-old provided an honest account of her money struggles before hitting television screens in the UK and Australia, explaining on podcast White Wine Question Time that The Chase changed her life. The quiz master said she couldn’t even keep up with rent payments and if it wasn’t for a kind social worker and landing a role on The Chase, the situation may be far more dire today.

“What happened was that my flat in Manchester is a housing association flat – I own half of it and rent the other half – and I hadn’t been keeping up with my rent,” she explained on the podcast.

Anne said a social worker called Jeff McKenzie helped her get her finances in order and eventually she landed her position on The Chase and money has been stable ever since. The quiz master said getting the job with the popular television program was a real turning point in her life.

“I mean this is the thing that changed my life,” she explained on the podcast. “I’d had to go through four seperate auditions and was kind of on tenterhooks about it. I don’t think I’ve ever done anything that has made so much of a difference in my life as actually getting the job on The Chase, frankly.”

However, Anne’s job is on hold for the time being due to the outbreak of the coronavirus. The Governess recently shed some light on what’s happening with The Chase right now amid the pandemic.

Speaking on Good Morning Britain recently, the television star, revealed that she and fellow Chaser Mark ‘The Beast’ Labbett are having some trouble securing work visas at the moment.

Anne told Scottish television presenter Lorraine Kelly that she was originally meant to fly out to Australia in March, which unsurprisingly didn’t happen. “And then it didn’t happen,” she said. “It was suggested that I go next month”.

Anne continued: “The thing is, those in Australia can’t get a work visa for me, they can’t get work visas for me or Mark. We’re kind of a little bit stuck at the moment. But again, we’d like to get out there as soon as we can.”

Despite filming being postponed for now, Anne said she’s enjoying some well-deserved time off. “I miss recording The Chase, we had a load of programs we were going to record and those have been postponed and that has been irritating, but apart from that to be honest, it suits me,” she said. “I’m absolutely loving it but I’m aware there are a lot of people not loving it. But I’m having a great time.”

Anne, who was diagnosed with autism when she was 45, went on to say that she’s actually had time to water her pot plants, cook and catch up on DIY projects around the house.

“I’m actually able to look after my pot plants to stop from dying, I’ve had time to water them a bit,” she said. “I’m cooking actual food, chopping vegetables in it. I’ve been doing a little bit of DIY, assembling things, but nothing more than that.”