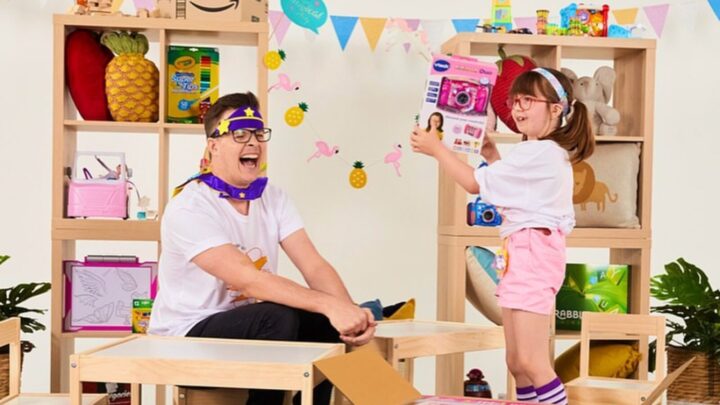 The most wonderful time of the year is just around the corner and television star Johnny Ruffo is stepping in to play his most important role yet, Santa’s helper.

Though many kids across the country focus on drafting their wish list for Santa, for hundreds of seriously ill children the list they’re focusing on is the one that records their continuous hospital treatments.

Ruffo, who is all too familiar with undergoing treatment for life-threatening diseases himself, made it his mission to bring smiles to children in a “similar position” to him as the holidays approach.

Teaming up with Starlight Children’s Foundation Ruffo says it’s “cathartic” to give back to sick children.

“It brings such joy to me. It’s a privilege to be able to know that you are helping them forget about everything that they’re going through,” Ruffo told 9Honey.

“I feel like I get as much out of it as the kids. It’s quite cathartic for me to be able to bring joy to these children who are somewhat in a similar position.”

The 34-year-old is also working alongside Amazon Australia to spread Christmas cheer as the tech giant launches its yearly Top 100 Toy List.

“It’s about the children, and the joy that it brings to them is priceless. You can’t beat that; seeing them smile, seeing how happy they are,” Ruffo says.

“And I’m as lucky as the kids are because I get to have a laugh, and smile, and enjoy it all as much as they do.”

Christmas is also set to be an exciting time for Ruffo as the star eagerly awaits the arrival of his older brother, Michael, who he hasn’t seen in three years.

“My brother lives in Ireland now so I haven’t seen him for three years and he’s coming home for Christmas and I honestly can’t wait to see him,” Ruffo had previously told 7News.

“We’re thick as thieves. Honestly, he is my hero. He is everything to me. And I cannot wait to see him. I don’t know how I’m going to react, I cannot wait, he’s everything.”

Besides his long-time girlfriend Tahnee Sims, Michael is Ruffo’s “closest” companion, admitting that navigating the Covid-19 pandemic and his second bout with cancer without Michael’s physical presence was difficult.

“Sadly, the most contact I could have with my brother in Ireland was via WhatsApp,” he said.

“I miss him a lot because out of all the men in my life, my brother is the one who sees me even better than I can see myself.”