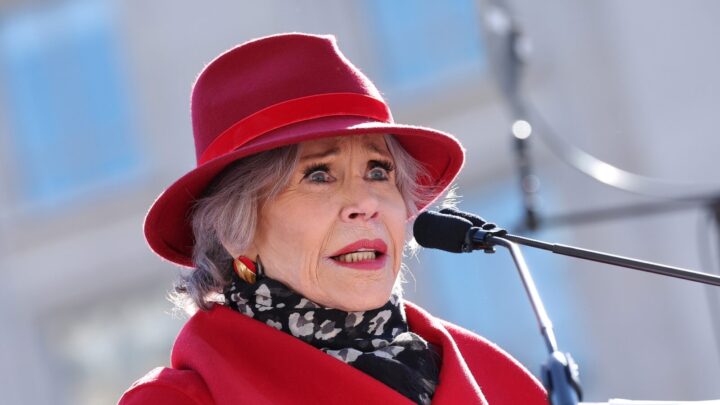 Hollywood actress and activist Jane Fonda is opening up about the trials and tribulations she endured in her younger years, detailing her difficult road to recovery from a past eating disorder.

Appearing on The Checkup: With Dr David Agus, the 84-year-old Grace and Frankie star reflected on her struggles as a young adult with both bulimia and anorexia. Noting that recovery back in the 50s and 60s was different from how it is today.

The actress then shared that she knew it was time to seek help after her eating disorder began to have an adverse impact on both her life and career goals.

“I was married, I had children, I was politically active, I was raising money, I was an actor, I was making movies. I couldn’t do it all because the older you get, the more toll it takes on you,” she said.

“If you binge and purge, it’s like three or four days to really recover. And I just couldn’t do the lifestyle that I wanted to do.”

Fonda went on to say that she thought her life was “worth improving”.

The veteran actress’s latest interview comes after she revealed to her fans in early September that she had been diagnosed with non-Hodgkin’s Lymphoma.

“This is a very treatable cancer. 80% of people survive, so I feel very lucky.”

Fonda is currently undergoing chemotherapy but has reassured fans that she is handling the treatment “quite well”.

Despite her positive approach, the Oscar-winning actress admitted that she needed to be “realistic” about death, claiming that she’s “not afraid of going”.

“I’m not going to be around for much longer,” She told Entertainment Tonight.

“When you get to be my age, you better be aware of the amount of time that is behind you, as opposed to in front of you. I mean, that’s just realistic.

“I’m ready. I’ve had a great life. Not that I want to go, but I’m aware that it’s going to be sooner rather than later.”

The Barbarella star then went on to say that although she feels ready, there are still some things in life she wants to see before she goes.

“I want to see my grandkids get old enough so that I go out knowing that they’re gonna be okay, that would be important,” she said.

Fonda added that despite her health woes, she’ll never stop her activism work.

“My work on the climate, I’ll be doing that until I drop,” she stated defiantly.