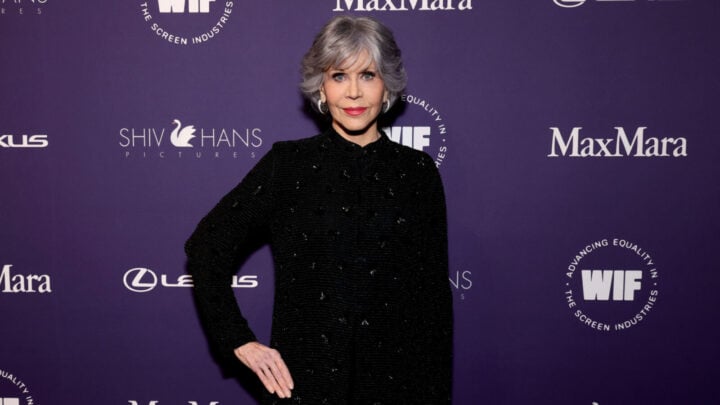 Hollywood actress Jane Fonda has opened up on having to be “realistic” about death, knowing her time is approaching following a recent cancer diagnosis, revealing she’s “not afraid of going”.

The passionate activist got candid during an interview with Entertainment Tonight, saying it was time to consider the road ahead.

“I’m not going to be around for much longer,” the 84-year-old said.

“When you get to be my age, you better be aware of the amount of time that is behind you, as opposed to in front of you. I mean, that’s just realistic.

“I’m ready. I’ve had a great life. Not that I want to go, but I’m aware that it’s going to be sooner rather than later.”

The Grace and Frankie star revealed that although she feels ready, there are still some things in life she wants to see before she goes.

“I want to see my grandkids get old enough so that I go out knowing that they’re gonna be okay, that would be important,” she said.

Fonda added that despite her health woes, she’ll never stop her activism work.

“My work on the climate, I’ll be doing that until I drop,” she stated defiantly.

The veteran actress revealed she’d been diagnosed with non-Hodgkin’s Lymphoma to her fans on social media on September 2.

Ever the advocate, Fonda used her shocking announcement to talk about the effects of fossil fuels and healthcare disparities within the US.

“I’m also lucky because I have health insurance and access to the best doctors and treatments. I realize, and it’s painful, that I am privileged in this. Almost every family in America has had to deal with cancer at one time or another and far too many don’t have access to the quality health care I am receiving and this is not right,” she continued.

“We also need to be talking much more not just about cures but about causes so we can eliminate them. For example, people need to know that fossil fuels cause cancer. So do pesticides, many of which are fossil fuel-based, like mine.

“I’m doing chemo for 6 months and am handling the treatments quite well and, believe me, I will not let any of this interfere with my climate activism.

“Cancer is a teacher and I’m paying attention to the lessons it holds for me. One thing it’s shown me already is the importance of community. Of growing and deepening one’s community so that we are not alone. And the cancer, along with my age –almost 85– definitely teaches the importance of adapting to new realities.

“We’re living through the most consequential time in human history because what we do or don’t do right now will determine what kind of future there will be and I will not allow cancer to keep me from doing all I can, using every tool in my toolbox and that very much includes continuing to build this Fire Drill Fridays community and finding new ways to use our collective strength to make change.”

Since sharing her upsetting health news, the actress has revealed she feels “deeply moved and uplifted” from all the support she’s received from fans, friends and family.

“From the bottom of my heart, thank you all for your loving thoughts!,” Fonda wrote on her blog.

“I want to say again that this is a very treatable cancer and much progress has been made with the medicines patients are given.

“Since last week, so many people have written to me or posted that they have had this type of cancer and have been cancer-free for many decades. Well, I’ll soon be 85 so I won’t have to worry about ‘many decades.’ One will do just fine.”

The Grace and Frankie star revealed she’s “feeling stronger than ever” since her first chemotherapy session.

“This is not my first encounter with cancer. I’ve had breast cancers and had a mastectomy and come through very well and I will do so again,” Fonda said.