‘It was so lovely’: Paul McCartney opens up on reconciling with John Lennon 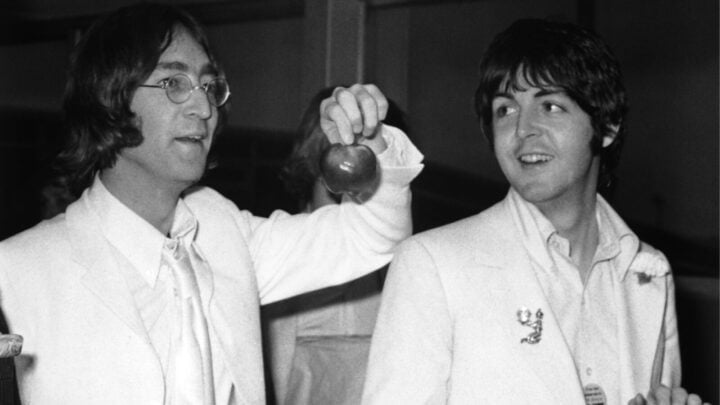 John and Paul put their differences aside before Lennon was murdered. Source: Getty.

Beatles legend Sir Paul McCartney has opened up about the joy he felt at reconciling with former bandmate John Lennon before the ‘Imagine’ singer was murdered in 1980.

John and Paul’s fall-out, following the break-up of the band in 1970, was widely publicised at the time, but Paul has now discussed the ordeal and revealed how he felt about reconnecting with his former song-writing partner. Speaking to John and Yoko Ono’s son Sean for BBC Radio 2’s ‘John Lennon at 80’ event, Paul admitted he would have felt “heartache” had they not.

“I always say to people, one of the great things for me was that after all The Beatles rubbish and all the arguing and the business, you know, business differences really…I’m so happy that I got it back together with your dad,” Paul said, reports the Mail Online.

“It really, really would have been a heartache to me if we hadn’t have reunited. It was so lovely too that we did and it really gives me sort of strength to know that.”

Lennon and McCartney fell out after Paul told the media he was no longer working with The Beatles in 1970, the year after Lennon had quietly told his bandmates he was quitting. And in 1971, Lennon confessed in an interview that he did not expect to work with Paul again.

The radio event – which will be broadcast in two parts this weekend – marks what would have been John Lennon’s 80th birthday. The episodes feature interviews by Sean Ono Lennon with his brother Julian Lennon, Paul McCartney and his godfather Sir Elton John.

McCartney’s comments come after he admitted last year that his long-time friend visits him in his dreams. Speaking in a rare and emotional interview on The Late Show with Stephen Colbert, the 78-year-old revealed he still sees his friend in his dreams.

“I dream about him. The thing is, when you’ve had a relationship like that for so long, such a deep relationship, I love when people revisit you in your dreams,” he told the host. “I often have band dreams and they’re crazy. I’m often with John, just talking about doing something … I have a lot of dreams about John. They’re always good.”

And McCartney completely dispelled rumours that the pair had feuded before the band split up, becoming emotional on camera as Colbert showed him a photo taken in 1968 by his late wife Linda of the pair of them together.

“That’s a very special picture for me actually because when the Beatles broke up a lot of the talk was like I was the villain and that John and I didn’t really get on well. It was a lot of down talk because everyone was sad that the Beatles had broken up,” he revealed, later adding: “The rumour started going around that John and I didn’t get on well, we were arch-rivals, that it was very heavy and ugly. The strange thing is you sometimes get to believe something, if it’s said enough times. So I used to think: ‘Yeah, it’s a pity, you know, we didn’t get on that well’.”

Were you a fan of The Beatles?