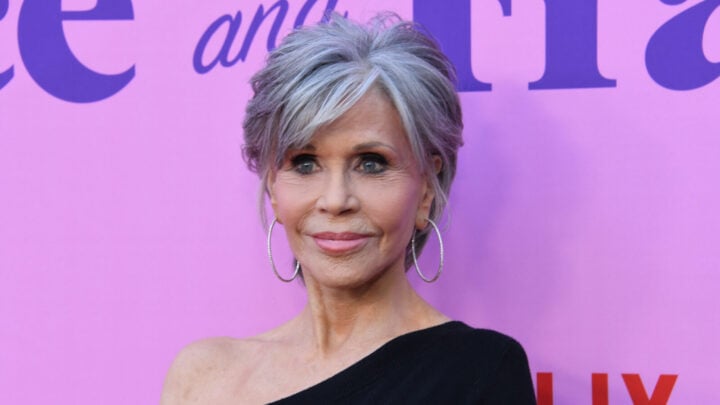 Fonda previously graced the cover of Glamour Magazine in 1959, at just 21 years old and "just months before embarking on her movie career", according to the Daily Mail. Source: Getty

Jane Fonda, 84, has made a surprise return to the front cover of Glamour Magazine, more than 60 years after she first graced its pages.

Fonda topped the look off with messy slicked back hair and understated makeup as the American icon showed off her youthful looks and stunning complexion. The shoot included a number of other stunning shots of the famed actress and former model, as Fonda posed stylishly in bright colours and fashionable high-class apparel.

The glamorous shoot was accompanied by an intimate edition detailing Fonda’s “incredible career, her mentor Katharine Hepburn’s dislike of her and realising she was in the ‘final act’ of her life after 60”, as reported by the Daily Mail.

The popular Grace and Frankie actress opened up about her fear of living life with regrets, a fear that first manifested when she was about to turn 60.

“When I was about to turn 60, I realized that I was approaching my third act – my final act – and that it wasn’t a dress rehearsal,” Fonda revealed.

“One of the things that I knew for sure is that I didn’t want to get to the end with a lot of regrets, so how I lived up until the end was what was going to determine whether or not I had regrets.”

Fonda went on to describe her next steps upon the realisation that she wanted to make the most of the time she had left.

“And it also then dawned on me that in order to know where I was supposed to go, I had to know where I’d been, and so I thought, Well, now’s the time I’m going to research myself…a deep research called a life review,” she said.

The 84 year old icon revealed the intensity of her relationship with her mentor, Katherine Hepburn, revealing the Hollywood icon wasn’t her biggest fan.

“She took me under her wing in a certain way and that was important.”

Fonda previously graced the cover of Glamour Magazine in 1959, at just 22 years old “just months before embarking on her movie career”, according to the Daily Mail.

The soon-to-be famous actress at the time featured in a stunning close-up on the magazine’s front cover, sporting green eyeliner, bold lashes, and bright red lips.

Fonda originally made her acting debut in 1960 when she appeared on Broadway in the play There Was a Little Girl. The performance scored her a Tony Award for Best Featured Actress in a Play. Fonda is highly regarded as one of the most celebrated actresses of her time and is particularly famous for her roles in Barbarella (1968), Klute (1971), Coming Home (1978), Julian (1977) and The Morning After (1986), amongst many others. She is also well known for her women’s exercise videos, with her first release securing itself as the highest-selling VHS of the 20th century.

Throughout her esteemed career, the actress has received multiple noteworthy awards including multiple Henrietta Awards for World Film Favourite, with a total of 15 nominations for Golden Globes awards, winning an impressive eight.