‘He wanted to’: Jane Fonda reveals which celebrity she regrets not sleeping with 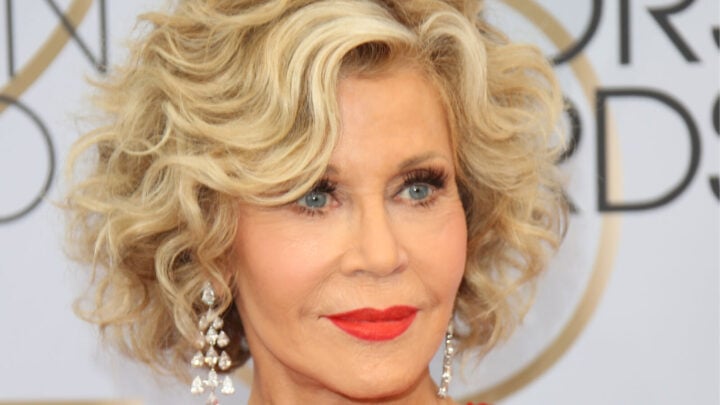 The 'Barbarella' star held nothing back in a recent interview. Source: Getty.

She is known for speaking her mind and holding nothing back when it comes to interviews, but Jane Fonda made a shocking confession during a chat with the New York Times this week.

The 82-year-old, who has been married and divorced three times, was playing a game of ‘confirm or deny’ when she was asked whether it was true that her greatest regret was that she never had sex with Argentine revolutionary Che Guevara. Fonda quickly shut down the rumour, but went on to admit that there is one male star she wishes she’d got it on with.

“No, I don’t think about him,” the Grace and Frankie star said. “Who I do think about, and what is a great regret is Marvin Gaye.”

She added: “He wanted to and I didn’t. I was married to Tom [Hayden]. I was meeting a lot of performers to try to do concerts for Tom and the woman who was helping me do that introduced me to Marvin Gaye.”

Fonda tied the knot with American political activist Tom Hayden in January 1973, just three days after divorcing French film director Roger Vadim. The couple then welcomed son Troy O’Donovan Garity in July of that year. However they decided to give their son his paternal grandmother’s maiden name, as the surnames Hayden and Fonda came with “too much baggage”.

Reporter Maureen Dowd then jokingly asked Fonda whether the ‘Let’s Get It On’ singer had used the words “sexual healing” in his pick-up attempt, to which the Barbarella star replied: “I needed some but he didn’t say that, no.

“But then I read, apparently he had my picture on his refrigerator. I didn’t find that out until later, after he was dead.”

The movie star and political activist regularly opens up about her personal life in the media and admitted earlier this year that she was done with plastic surgery. The Oscar-winning actress told Elle Canada in February that she is “not going to cut herself up anymore” despite acknowledging that it can be a struggle for her to accept herself as she is.

“I can’t pretend that I’m not vain,” she told the magazine. “But there isn’t going to be any more plastic surgery—I’m not going to cut myself up anymore.”

“I have to work every day to be self-accepting; it doesn’t come easy to me. I try to make it very clear that it has been a long and continuing struggle for me.”

Fonda has openly discussed her decision to have cosmetic surgery over the years, however in a 2018 documentary she admitted feeling regret over the fact she has “had the need to alter herself physically”.

Are you a fan of Jane Fonda?