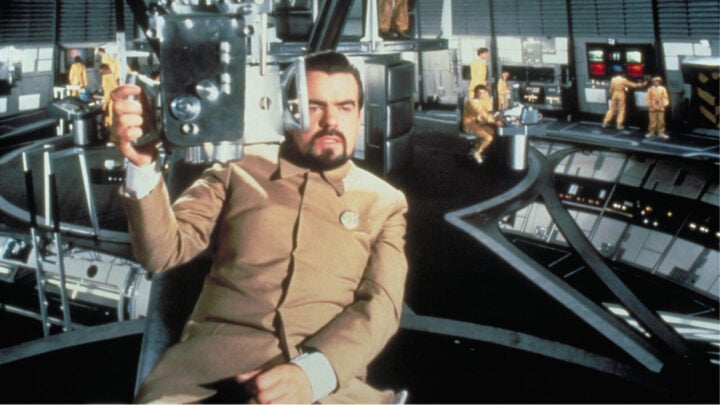 Michael Lonsdale is pictured on the set of Moonraker. Source: Getty.

French-British actor Michael Lonsdale has passed away at the age of 89, his agent confirmed on Monday, according to Agence France-Presse.

Lonsdale is best known for his role as villain Hugo Drax in 1979’s Moonraker, in which he starred alongside Sir Roger Moore as womanising secret agent James Bond. Bond producers Michael G. Wilson and Barbara Broccoli paid tribute to Lonsdale on Monday, describing him as a “very dear friend”.

“We are very sad to learn of the passing of Michael Lonsdale, who played Hugo Drax in Moonraker,” they said in a statement. “He was an extraordinarily talented actor and a very dear friend. Our thoughts are with his family and friends at this sad time.”

Lonsdale, who starred in both French and English speaking roles thanks to his bilingual abilities, won a Cesar award for best supporting actor for his role in Xavier Beauvois’ Of Gods and Men (2011). While he earned a Bafta nod for his performance in The Day of the Jackal.

"We are very sad to learn of the passing of Michael Lonsdale, who played Hugo Drax in Moonraker. He was an extraordinarily talented actor and a very dear friend. Our thoughts are with his family and friends at this sad time” – Michael G. Wilson and Barbara Broccoli. pic.twitter.com/oMepLcSP0d

Born in London in 1931, Lonsdale’s family spent the second world war years in French-controlled Morocco, before moving to Paris in 1947.

Fans paid tribute to Lonsdale on social media after the news broke and commended the actor for his incredible performance as megalomaniac Drax.

“Underrated Bond villain…his calm demeanour was uncomfortably sinister. RIP,” one fan wrote. Another wrote: “So sad. Michael was the perfect Bond super villain, he was calm, intelligent, determined and pure evil. You were brilliant and thank you for bringing a great character to screen. Now you will be among the stars looking down on us. RIP.”

While another wrote: “My deepest respects and condolences. Man he did play a great Bond villain I cant help but think did he inspire doctor neo cortex. Moonraker is one of my fave bond movies aw heck I love them all.”

Have you seen Moonraker?