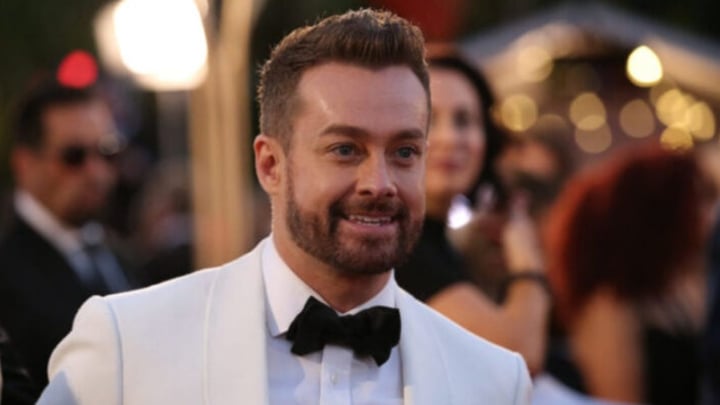 Grant Denyer recently revealed that his intense work schedule and busy lifestyle eventually caught up with him. Source: Getty Images.

Although television presenter Grant Denyer is usually a ball of energy during his on air appearances, the 45 year old recently revealed that his hectic work schedule left him in “an absolute heap” and facing a serious health crisis.

Denyer openly discussed his health concerns during an appearance on the Along For The Ride podcast, revealing that although working as a presenter on Sunrise was the “greatest” time of his life he was “really pushing the envelope”.

“If I wanted to stand at Uluru tomorrow, I could,” he said of his time with Sunrise.

“If I wanted to wrestle a crocodile in the Top End the day after, I did.

“It was limitless. In three and a half years I had something like 750 flights.

“You were in a different part of the country every single day.

“I was addicted to the success of the ratings, and we were really pushing the envelope, and (eventually) I ran into an absolute heap.”

Denyer’s intense work schedule and busy lifestyle eventually caught up with him and he was delivered a grim warning by doctors to change his lifestyle.

“I wasn’t listening to my body; I had massive chronic fatigue,” Denyer said.

“There was a point there where I went to the doctor and they examined my organs and tested them all and said they were running at about seven per cent.

“And they said, ‘if you don’t do something, drastically, you’re going to die, and soon.’

“That’s when I was like, holy sh**, this is serious, I need to do something about this.

“I was trying to push on and I realised I just had to give in to it – forget about television, forget about success, forget about ratings – and just focus on my health, because it wasn’t going to end well.”

Denyer eventually heeded the warning from doctors and took a break from his fast paced lifestyle to focus on his well-being but admitted that he “had to do a fair bit of work” to get his health back on track.

Denyer’s most recent health admission comes after the television personality opened up about his struggles with alcohol and his experience with anxiety while appearing on the reality series I’m a Celebrity Get Me Out of Here in 2021.

The topic came up after comedian Mel Buttle discussed her own experience with alcohol.

“Hearing Mel share her problems with alcohol, it’s been pretty powerful because I don’t think I get the best out of myself with drinking, and I think I need it gone from my life to be able to navigate life a lot better than I have been,” he said at the time.

“I think I’ve only just realised from coming in here, that I drink to lessen anxiety, which I didn’t really realise I had until I saw the pattern of fear coming into here and the anticipation of a new gig and will I fit in? Is it going to be fun? Am I going to be able to be successful in the challenges? Can I be funny for that long?

“All of these things and I was like, ohhh! I’m trying to calm all that down. I’ve never put two and two together and I’ve been asking myself this question for, far out, five years? Do I have a problem? And I think the answer is, I do. And it was coming in here, watching how I couldn’t control the pace at which I was drinking because I do everything fast but I was trying to stem the fear of what we were about to do, and I thought, I think I do that every week.”