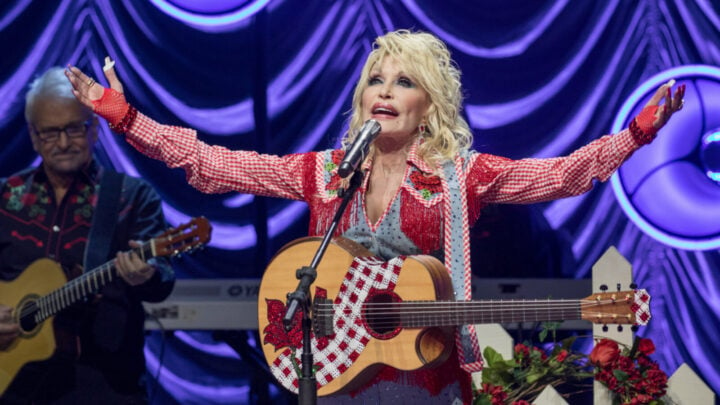 Dolly Parton starts her day at 3 AM. Source: Getty

Dolly Parton has revealed she gets her “best work” done at 3:00am.

In an interview with Insider, the 9 to 5 singer claimed she starts her day before the sun rises.

“I don’t need a whole lot of sleep,” Parton said.

“I go to bed pretty early, but even if I’ve been up late — it’s just kind of like a little clock inside of me that says ‘it’s 3 o’clock!’

“I do some of my best work there, but I get enough sleep. I don’t require as much sleep as a lot of other people do, that’s kind of a Parton family trait.”

The country music legend said her father, Robert Lee Parton, is responsible for passing the early morning work ethic on.

“I’m like my daddy. He was always up early, even if he had to go to bed late,” she said.

Perhaps Parton’s early mornings will come in handy for her new role where fans will see the superstar hit the big screen for her first-ever major big-screen role in over a decade.

“I’m going to be playing the part of Ruthanna who is the older character,” Parton said in an interview with the Country Heat Weekly podcast.

“She was once a star and now she’s retired. Pretty much like me with the exception that I’m not retired and never intend to be.”

Full casting details and the official release date are yet to be revealed, but the country icon said the movie is set to be released in about a year and a half.

In a recent interview with Mr Nashville Talks, Parton revealed she also wants to add broadway to her resume and write a biopic about her life for the stage.

“I do intend someday to be on Broadway, but I’m thinking now that I might do my life story as a feature,” she said.

“Maybe possibly even a musical feature, so we’re in talks about that.”

What do you think about Dolly's early wake ups?