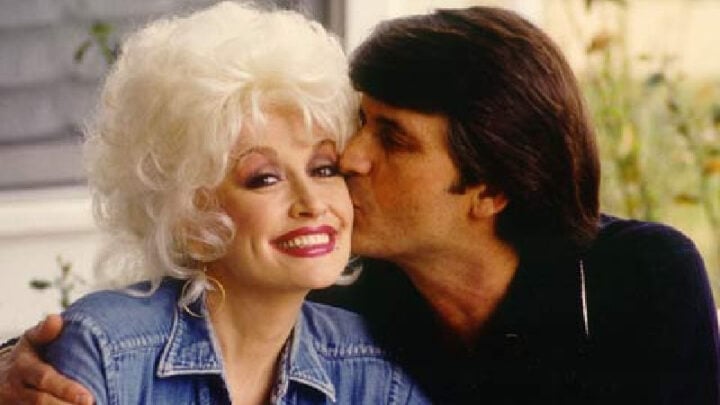 Carl stays out of the limelight and has only seen his wife perform live once. Source: Dollyparton.com.

Country megastar Dolly Parton has opened up about her 54-year marriage to reclusive husband Carl Dean in an interview with Amazon Music. The Jolene singer has only been seen in public with Carl on a handful of occasions, and credits their independence as being key to their long-lasting union.

Speaking to American singer Gabby Barrett this week, Dolly, 74, dished out some marriage advice and opened up on her own relationship, having been with hubby Carl for almost six decades now.

“I’ve been married for 54 years, that’s a long time!” Dolly told Barrett. “My husband and I always had a great friendship, we’re both funny, we both have a great and warped sense of humour so we’ve always had a good time.”

She added: “He’s pretty much a loner and a homebody and I’m a gypsy. But when I’m home, I love that. We don’t do the same things so it gives us stuff different to talk about. He doesn’t get involved in my business and I don’t get involved in his, so we have our own little worlds that we create for ourselves.

“I’ve always made jokes about the reason our marriage has lasted so long is because I stay gone, but there’s a lot of truth in that. We’re not in each other’s faces all the time. I think there’s a lot to be said about sensible separation because you can’t be with somebody 24/7 365 and not want to smack their face now and then.”

Dolly then revealed that she and Carl have never fought or bickered with each other, and instead prefer to leave things and let tensions die down, rather than saying anything upsetting which could rear its head down the line.

“Marriage is a business too and you gotta look at it like that. You got to make the right decisions,” Dolly added.

Dolly and Carl, now 78, tied the know on May 30, 1966, in Ringgold, Georgia in a small ceremony attended by Dolly’s mother, Avie Lee Parton, the preacher and his wife. The couple met two years prior in Nashville, Tennessee, outside of the Wishy Washy Laundromat when Dolly was just 18 years old and Carl was 21.

Speaking of their first meeting on her website, the 9 to 5 singer said: “I was surprised and delighted that while he talked to me, he looked at my face (a rare thing for me). He seemed to be genuinely interested in finding out who I was and what I was about.”

During the chat with Barrett, Dolly also reflected on her incredible career and revealed why she made the decision not to give Elvis Presley publishing rights to her hit song ‘I Will Always Love You’ in 1974.

“I was so excited when I heard that he was going to do my song,” she said. “I’d been invited down to the recording studio. And then the day before, his manager Colonel Tom had called me and said that we don’t do any songs that we don’t publish or at least have half publishing on, and I thought ‘Well now, this one has already been a his, this one’s the most important copyright in my publishing company and I can’t do that’ … and he said ‘Well we can’t do it’.

“It broke my heart, I cried and kicked and moaned … but I just felt I had to make that decision. And I’m glad I did.”

Are you married? Would you agree with Dolly's comments?