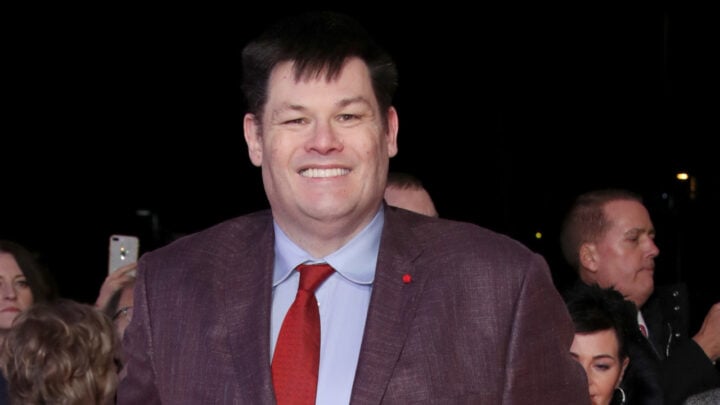 Mark 'The Beast' Labbett has officially split from his wife so she can focus on a new relationship with a different man. Source: Getty

The Chase star Mark Labbett has officially split from his wife Katie so she can focus on her new relationship, with the mastermind admitting “Covid provided the perfect storm’, while their age difference also posed some issues.

The relationship between the chaser, who is known as ‘The Beast’ on the popular quiz show, has been on the rocks for some time now after it was revealed Katie had been cheating on him with a 30-year-old man named Scott Bale.

However, late last year Labbett appeared on UK panel show Loose Women on said they were working through things and preferred to stay private about what was going on their relationship. Sadly though with the pressures of the coronavirus, the quiz master has now confirmed their marriage has officially come to an end.

Speaking exclusively to The Sun, the 55-year-old said they have realised it’s best to go their separate ways and remain friendly. He said they tried to work things out for their three-year-old son, but over these past months things have gone down hill.

“Covid provided the perfect storm,” Labbett told the publication. “My mental health suffered and the differences in our ages became magnified.

“With Katie seeing Scott after lockdown, it’s got to the point where I realise it’s better for us to go our separate ways and remain friendly, without the stress factor of living together.”

Despite Katie going behind his back to begin a new relationship, Labbett only spoke fondly of his ex and said there was never any deceit on her part. He said his only concern is that Scott is good with their son – which he admitted he appears to be.

The Chaser went on to say that jealously is negative and he doesn’t want Katie’s new relationship to affect him and the raising of their son.

“I don’t want to get to the stage when someone mentions Scott’s name and my shoulders tense,” he told The Sun. “All that matters is what is best for our son.” He added: “I will never ever slag off Katie in public. One day, when our son is grown up, he will be reading this and I don’t ever want him to read anything bad about his mother.”

Do you watch The Chase? Do you have a message for Mark Labbett during this difficult time?