Calming canines: The dog breeds that reduce the most stress 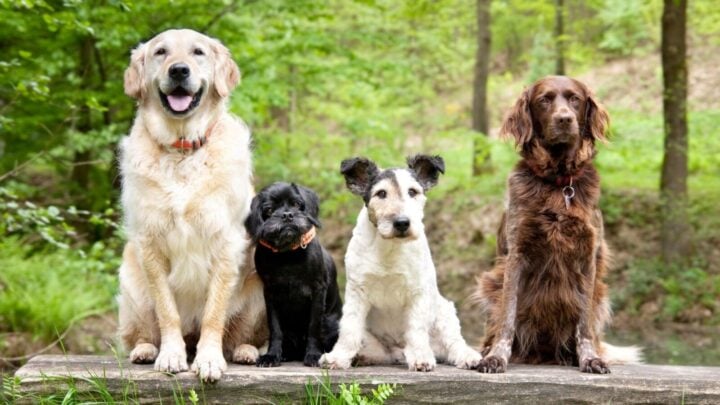 Which dog came out on top? Source: Getty.

The fact that dogs reduce stress might not come as a big surprise to pet owners who know there’s nothing better than coming home to a wagging tail after a long day. But now there’s scientific evidence to support it, and the freshly-picked facts have even found that certain dog breeds are more calming than others.

The new data was conducted by the pet department at OnBuy to find out if the four-legged friends could actually reduce stress levels for their owners and whether or not different breeds could have differing impacts on a person’s heart rate.

And the results are in: with the number one low-stress dog breed being the labrador retriever!

It was found that after just five minutes of cuddling a lab, a person with a heart rate of 105 beats per minute (BPM) would see a drop of more than half to a resting heart rate of 51 BPM. Coming in a close second were huskies, with owners reporting an average drop of 52 BPM after a five-minute cuddle, while golden retrievers saw heart rates drop to 54 BPM.

The rankings were the result of a three-month study that saw 500 dog owners cuddle their dogs when they felt stressed and/or had a heart rate of 105 BPM. They were asked to monitor their heart rate using a smartwatch and report their BPM after just five minutes of cuddling.

And it seems as though Australians are all about staying relaxed, as a 2019 study by Animal Medicines Australia found that the most stress-reducing dogs – labradors – are also the most popular pure-bred dog breed in the country. This is closely followed by border collies, German shepherds, Staffordshire bull terriers, chihuahuas and golden retrievers.

Are you a dog lover? What breed do you own? Does it help with stress?