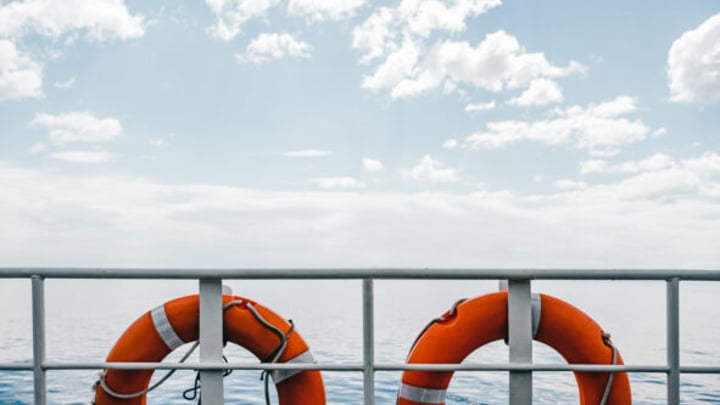 The government is being asked to throw a lifeline to low income Australians. Source: Getty.

Industry superannuation funds have called on the federal government to offer a $5,000 lifeline to low-income earners who dipped into their retirement savings early to get by during Covid-19.

The call comes after Australian workers were permitted to withdraw up to $10,000 on two separate occasions from their superannuation accounts as an emergency measure introduced to offset the impact of job losses and wage reductions, leading to the withdrawal of about $31 billion in super savings in recent months. A second round of withdrawals, which are still being calculated, means this figure is forecasted to reach $42 billion.

It has been estimated that the emergency withdrawal measure has cost workers about $100 billion in retirement savings, however, when the reduction in investment earnings on withdrawn funds and the reduction in super guarantee payments from employers of people who took early release funds are both taken into account.

Now, the Australian Institute of Superannuation Trustees (AIST), which is the representative body for profit-to-members funds, including industry super funds, has proposed that the government make a one-off contribution of up to $5,000 to the super accounts of those who accessed their retirement savings early. In its budget submission to the Treasury, the institute also recommended the government review the tax concessions on super contributions made by people with existing super accounts of $10 million or more.

How the $5,000 super lifeline would work

The $5,000 maximum payment should be available to Australians who earn $39,837 or less a year, the institute proposed, with the amount each person received dictated by the amount they had withdrawn from super up to the $20,000 limit.

“The early-release scheme unfortunately forced many people to choose between poverty now or poverty in retirement,” AIST chief executive Eva Scheerlinck said in the budget submission. “Given the difference compound interest makes, a withdrawal made at a younger age has a big impact on retirement balances of this generation.”

Australians aged 25 to 34 were the most likely to take early super withdrawal, according to AIST research, with that age group accounting for 39 per cent of the total withdrawn from super funds. Recent modelling by the Association of Australian Superannuation Funds (Asfa) showed that a 25-year-old woman who took $20,000 from her super could be as much as $85,000 worse off at retirement if the current economic downturn prevents her from finding secure employment and making super contributions over the next two years.

The AIST also suggested the government increase its co-contribution payments – which currently sit at a maximum of 50 per cent for a $500 super contribution – to incentivise low-income earners to attempt to rebuild their retirement savings pot.

How tax concessions would change

The AIST said there were several areas of “inequity” in the retirement system, which has a structure that favours higher-income earners who work full-time, without breaks, for the entirety of their working life. The institute pointed out that, according to Australian Taxation Office data, Australia had more than 4,000 self-managed super funds with a balance of more than $10 million each.

Australians are able to choose to contribute earnings to their super account at a concessional tax rate of 15 per cent, no matter what their income or marginal tax rate. But for these $10 million-dollar super-savers, the institute recommended the concession tax rate be doubled to 30 per cent.

The report also lobbied for the scheduled increase of the super guarantee to go ahead from 9.5 per cent to 12 per cent, pointing to research that showed Australians back the increase as it would improve retirement outcomes overall. There has been some doubt the legislated increase would go ahead as planned in 2021, with a group of Coalition backbenchers calling for it to be scrapped, arguing that it would hinder Australia’s recovery from Covid-19.

Prime Minister Scott Morrison said last week that the government would give careful consideration to a potential delay of the increase if the economy continued to suffer under the impact of the virus.

Industry super funds have lobbied strongly for sticking to the increase as planned, while Asfa, which represents both industry and retail funds, has said the increase is critical to helping the retirement savings of young Australian workers recover from emergency super withdrawals.

“It’s not fair that young people should suffer the devastating impact of Covid-19 now and then also be forced into poverty in retirement by relying solely on the Age Pension – we are better than that,” Asfa Deputy CEO Glen McCrea said last week. “Everyone deserves dignity when they retire, regardless of age, sex or income – it’s the Australian way.”

Do you think the government should help people who accessed their super early?