Everything you need to know about the rape scandal rocking parliament 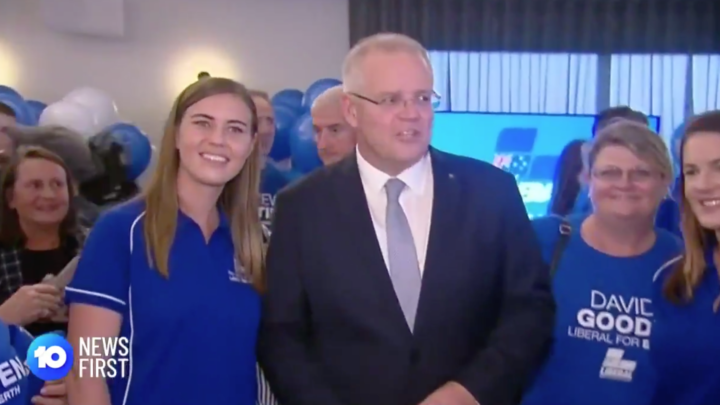 Please note this article contains details that may distress some readers.

Prime Minister Scott Morrison has been accused of victim-blaming, the defence minister’s been hospitalised and the Australian Federal Police are involved — unless you’ve been hiding under a rock in the past week, you’ll know Canberra is engulfed in an unfolding rape scandal. Following the ‘he said, she said’, however, has been bewildering, as claims have emerged daily about who knew what with regards to the alleged rape of political staffer Brittany Higgins. So, to help you out, we’ve broken down the key elements here.

News.com.au broke the story on Monday, February 15, that former Liberal staffer Brittany Higgins was raped at Parliament House in Defence Minister Linda Reynolds’ ministerial office by a colleague in March 2019 after a night of drinking. Higgins, who was only 24 at the time, had four weeks earlier landed what she had described to the news outlet as her “dream job”, working in parliament.

So, how did it all happen? Well at some point in the evening, Higgins decided she’d had enough, and accepted a ride home with the Liberal staffer, who she says was regarded as a “rising star” in the party. Instead, he took her to Parliament House.

“I didn’t have a pass. I was in a cocktail dress,” she told the news outlet at the time. “At that point I was very intoxicated. I thought, ‘Well, I am well and truly done. I need to go.’ And so there were only four of us left. We were going the same way.”

That’s when things took a turn for the worse. Higgins said the man took her inside the office of Senator Reynolds, who was defence industry minister at the time. Higgins began to feel unwell and lay down on the couch. She said she fell asleep but soon woke up to find the man having sex with her.

“I woke up mid-rape,” she said. “I told him to stop. I was crying. He wasn’t even looking at me. It felt like I was sort of a body that was there. It didn’t feel like it was anything about me.”

In the days that followed, Reynolds held an initial meeting with Higgins in the same room where the alleged rape occurred, something she has since apologised for. However, after discussions, Higgins chose not to go to the police because she felt unsupported and didn’t want to lose her job.

A week after the news broke to the media, two other women – a Liberal staffer and a former Coalition volunteer – came forward with similar allegations about the same man. Now, a fourth woman has alleged the same man “stroked her thigh” while they are at a bar in Canberra in 2017, ABC reports.

Senator Reynolds, who has known about the alleged rape for more than two years, has since apologised to Higgins for her handling of the rape complaint, which has sparked a review of the complaints procedure in parliament.

“At all times to me, Brittany’s welfare and her right to privacy were paramount,” she said last week, ABC reports. “I am deeply sorry that Brittany felt unsupported at the time of the incident and in the months that followed, and in fact the years that followed.”

However, Reynolds has copped some severe backlash in recent days, especially after Prime Minster Scott Morrison, who first learned of the rape allegation on Monday last week, publicly rebuked her for failing to inform him about the rape allegation.

Higgins later accused the prime minister of using “continued victim-blaming rhetoric” which was “personally very distressing to me and countless other survivors”, in a statement, which was shared widely on social media at the time.

Meanwhile, Morrison told reporters in Sydney on Saturday that he’s going to do everything in his power to fix the workplace culture in parliament.

“I think we have a problem in the parliament and the workplace culture that exists there that we must continue to improve,” he said, The Australian reports. “These events truly sicken me (and) I am seeking to try to address this as swiftly and as effectively as we possibly can.”

Senator Reynolds had been due to address the National Press Club on Wednesday, where she was expected to face questions about her handling of the sexual allegations. Instead, however, she has been admitted to hospital as a “precautionary measure”. In a statement, obtained by the ABC, Reynolds said she was taking medical leave. This follows advice from her cardiologist.

It is understood that Higgins intends to make a formal statement to police on Wednesday afternoon.

If this story has raised any concerns for you, please contact Lifeline on 13 11 14 for support or assistance 24/7.

What are your thoughts on how the Morrison government has handled these allegations?