Calls for capital cities to be renamed with Aboriginal titles 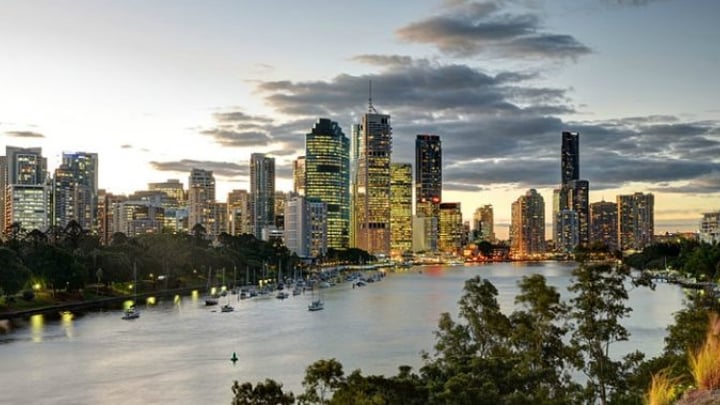 There are calls for Brisbane to be renamed with Aboriginal title Miguntyun. Picture source: WikiCommons

Brisbane, Sydney, Melbourne. They’re the names we’ve been calling our capital cities for years, but they could soon be renamed under proposals to replace them with Aboriginal titles.

According to a recent report by the Courier Mail, Brisbane could be renamed Miguntyun under new plans, while 10 other proposals are currently before the Queensland Department of Natural Resources with an aim of reverting landmarks to traditional names. The report claims Aboriginal elders have also launched bids to rename or co-name the state’s famous Burleigh Heads and Mount Stapylton locations.

Speaking to Nine News Queensland, Aboriginal Community Worker Sam Watson said few people in Brisbane know anything about the man after which the city is named.

“Very few people know anything about this person named Brisbane, who this place is named after,” he said.

Sir Thomas Brisbane was actually a British solider, although many indigenous people are hoping the capital city will revert back to its traditional name of Miguntyun. According to the Courier Mail, the word comes from the Yugarabul word “migun”, used to describe a stretch of the famous Brisbane River that looks like the tip of a spike or spearhead.

“To date, the department has not received any suggestions outside the ten that are listed on the website,” a spokesperson for the Department of Natural Resources, Mines and Energy told Starts at 60.

For a name change to be considered, a suggestion must be first be made to the department from a member of the community.

“Consultation forms an integral part of any naming proposal all comments are considered and a recommendation is provided top the Minister, the spokesperson for the Department of Natural Resources, Mines and Energy continued. “Place name changes are always in the hands of the whole community involved and everyone has an opportunity to be heard through the public consultation process. If the recommendation is approved by the Minister the new name/boundary then is officially gazetted.”

“Why not have the conversation about what places can be named?” she said.

“This is a name I can’t even pronounce,” he said of Miguntyun. “I thought it had something to do with Migaloo the whale.”

Currently, no former application has been lodged relating to the name change of Brisbane. The city is currently an international brand and it would be expensive to rebrand and resell to the world. Others have suggested keeping Brisbane, but also taking on a second Aboriginal title.

In Queensland, there are several active name place proposals including changing Mount Wheeler to Gai-I and changing the name of Jim Crow Mountain to Baga.

It wouldn’t be the first indigenous name given to locations across the country. Many towns and suburbs already use traditional Aboriginal names. Some famous locations include Ballarat, Canberra, Geelong, Maroochydore, Parramatta and Wollongong, just to name a few.

Use of indigenous names for cities and towns is also common in other countries. In New Zealand, Aukland’s Pakuranga is inspired by indigenous language, as is Wellington’s Porirua.

When Nine News Queensland shared its story online, people had plenty to say.

One person wrote: “No need to change it, but in public meetings, as usual, acknowledgement of country could make reference to the original name of the meeting place”.

Another comment read: “If New Zealand/ Aotearoa can embrace Maori culture how is it so hard to acknowledge and respect the traditional owners of this land?”

A third message said: “Where are we going to get the money to change everything? We are already in debt and so many are jobless/homeless. How about fixing that first. I think people would prefer to be out of the cold than to see a name on a sign change”.

What do you think? Should famous cities and locations change their names with Aboriginal titles?