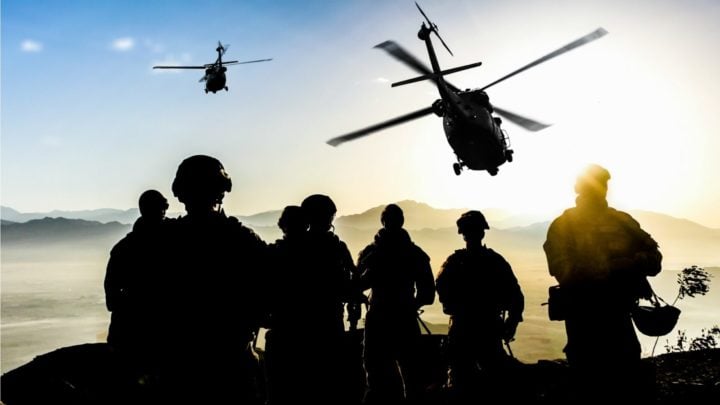 The Australian Air Force has admitted that an Australian airstrike could have been responsible for the death of up to 18 innocent civilians in Iraq. Source: Getty (Stock image used)

The Australian Defence Force has confirmed that Australian airstrike or nearby Coalition airstrikes could have been responsible for the death of up to 18 civilians in the Al Shafaar neighbourhood of Mosul in 2017.

Following an investigation, it was found the exact number of civilian casualties that occurred as a result of the airstrikes couldn’t be determined, but between six and 18 civilians had died. The investigation was also unable to confirm whether the civilian casualties occurred as a result of the Australian airstrike, the nearby Coalition airstrikes, or from other actors.

The airstrike – which occurred on June 13 2017 – was requested by Iraqi Security Forces and was in full compliance with the law of armed conflict and applicable rules of engagement.

“The ADF takes all feasible precautions to minimise the risk of civilian casualties,” Air Marshal Mel Hupfeld, Chief of Joint Operations, said in a statement. “On this occasion, it was assessed that the enemy intended to attack Iraqi forces from the targeted location, threatening imminent loss of life or serious injury.”

“Based upon the proximity of the enemy to the Iraqi forces, the nature of the target and the circumstances of the fighting in Mosul at the time, I can confirm that this action complied with Australia’s rules of engagement and the Laws of Armed Conflict,” Hupfeld explained.

The civilian casualties were thought to have been located in a building in the vicinity of the Australian and coalition strikes. There is currently no specific intelligence to indicate civilians were present at the targeted site, but the ADF said it was impossible to be sure under the urgent circumstances facing the Iraqi forces at the time.

“There is a degree of uncertainty surrounding this incident. We know that the Australian strike does not precisely correspond with the information provided in the claim, however it was close by. We do not definitively know how these people were killed,” Hupfeld said.

Two Australian fighter jets were involved in a bombing mission in Iraq which led to the death of up to 18 civilians. pic.twitter.com/4b4cN7h9sS

“But we do know from our review of the events that our aircrew made no error in this mission. They delivered their ordnance precisely onto the designated target in accordance with their rules of engagement. All authorities for the strike were valid and lawful.”

Hupfeld added that the ADF knows that Daesh deliberately and deceptively caused civilian casualties by concealing non-combatants under fighting positions and exposing their fighters to induce Coalition airstrikes and spoke of the regret if civilians were killed.

“Any loss of civilian life is highly regrettable and we treat all allegations seriously. Ultimately we have determined that it is possible civilians were unintentionally killed by the Coalition during these strikes,” Hupfeld said.

It is believed Australia was first made aware of the potential claim last January. The Coalition found the claim to be credible in December and announced the findings on Thursday.