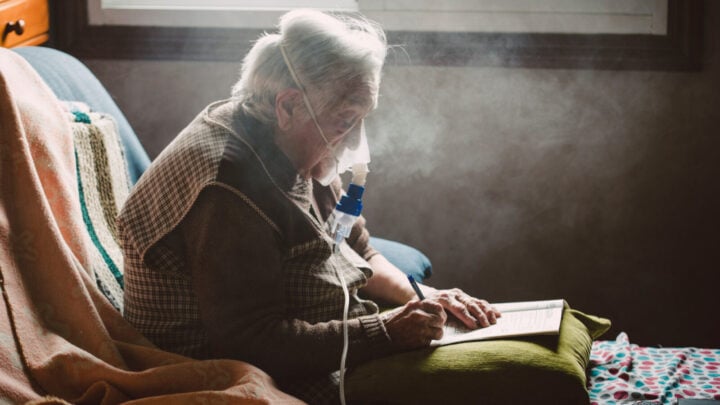 A warning has been issued from Asthma Australia Chief Executive Michele Goldman over the effects of wood fire heaters on those who suffer from asthma.

Goldman revealed that wood fire heaters could impact asthma sufferers to the point of hospitalisation, adding that winter months are when public complaints are at their worst.

With @andy_park on @RNdrive ‘burning up the text line’ talking woodfire heaters and our calls to phase them out due to health impacts – especially on people with #asthma. Good regulation and policy will keep everyone warm and not cost our health.

“We have calls all the time during the winter months from people who are frustrated, feeling helpless, angry, because neighbouring homes are burning their wood heaters,” said Goldman in an interview with 3AW.

“The smoke gets into their own homes – so it’s not even just about not being able to walk in the street – and it causes asthma symptoms, then you’ve got flare-ups and trips to the hospital.”

Goldman went on to describe the adverse effects wood-fire heaters posed on the environment, revealing smoke was Australia’s “largest contributor to smoke pollution in the winter months, and so a small amount of heaters is contributing a significant problem in terms of our environment, our air quality, and our health”.

Earlier this year, Asthma Australia published a media release stating that the “New South Wales Government’s Clean Air Strategy does not adequately address one of the biggest sources of air pollution and a major cause of asthma”, revealing the culprit to be none other than domestic wood-fire heaters, “despite progressive measures being made for our air”.

Acting CEO of Asthma Australia, Kathy Packenas, said that despite positive steps being taken to achieve cleaner air in the country, the strategy fell short when it came to reducing the impacts of smoke on sufferers this winter.

“This Strategy will not help people with asthma breathe better this winter,” Packenas said.

The media release revealed a direct link between an increase in asthma symptoms and Emergency Department visits due to domestic wood fire heaters, “the leading human-made source of the unhealthy air pollutant PM2.5”.

A survey conducted by Asthma Australia in 2021 revealed that of the 25,0000 participants, 77% were in favour of woodfire heaters being banned in built-up areas and 55% were in favour of them being phased out altogether. Of the participants, those who suffered from asthma had higher support for stricter regulation and phasing out of woodfire heaters.

Asthma Australia is pushing for the NSW Clean Air Strategy to introduce a subsidy scheme to assist residents wanting to replace woodfire heaters with efficient reverse cycle air conditioners, amongst other recommendations.

“These subsidy schemes are not new – the ACT and Victoria already have them – so it’s puzzling that the Government doesn’t think they would work in New South Wales,” Packenas said.