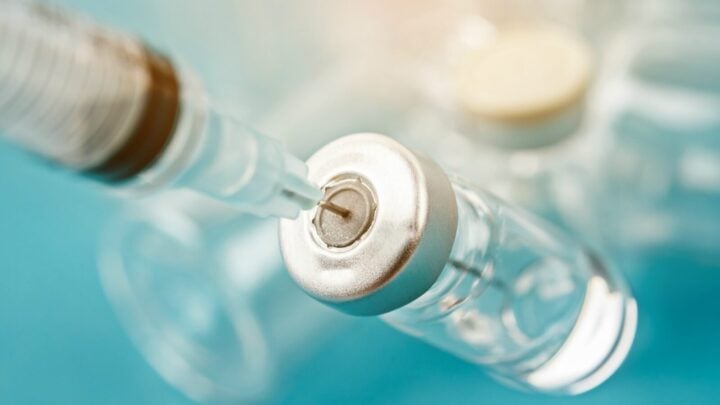 The breaking news this morning is that Hong Kong scientists are reporting the first case of person who has become reinfected by Covid-19. The BBC says that the man in his 30s developed the virus again, four-and-a-half months after his first illness, and that genome sequencing showed that the two strains of the virus he suffered were different. That made it the world’s first proven case of reinfection, the BBC adds. The World Health Organization says, though, that larger studies over more time of people who had previously had Covid-19 were needed to discover what type of immunity could be developed to the virus.

Meanwhile, The Australian reports that PM Scott Morrison has sidelined Aged Care Minister Richard Colbeck, who yesterday apologised for a gaffe in which he was unable to say in an interview how many aged care residents had died of Covid-19. Morrison has given Health Minister Greg Hunt responsibility for declaring if and when an Aged Care Emergency Response Operations Centre is mobilised, instead of Colbeck, the newspaper reports. The Royal Commission into Aged Care Quality and Safety is currently examining the response of the sector to the pandemic.

And the ABC reports that the Anglican Archbishop of Sydney, Glenn Davies, is raising questions about the potential coronavirus vaccine being developed by Oxford University and which Morrison has said Australia will purchase. Davies says that the use of a cell line cultured from electively aborted foetuses in the creation of the vaccine is “reprehensible”. Davies says he would probably choose not to be immunised with the Oxford University vaccine as a result.

Meanwhile, Catholic Archbishop of Sydney, Anthony Fisher, writes in the The Catholic Weekly newspaper that he thinks it’s not unethical to get the vaccine if it’s the only option, but that he’s “deeply troubled” by it. He wants the government to pursue some of the other vaccines being created that don’t use foetal cells in their development. In a post on Facebook, Fisher adds that “it is important that the government does not create an ethical dilemma for people,” over taking the vaccine, the creation of which involves the use of a cell line from a foetus aborted in the 1970s.

But Australia’s Deputy Chief Health Officer Nick Coatsworth tells 7 News that the reality is that vaccines need cell cultures in order to be grown, adding that it was an important part of the process in creating the Oxford vaccine. “There are strong ethical regulations around the use of any human cell, particularly foetus cells,” Dr Coatsworth says, according to a 7 News report. “We have every faith that the way they have manufactured the vaccine is of the highest ethical standards possible.”

The various pieces of coronavirus news come as Victorian Premier Daniel Andrews seeks an extension to the state’s state of emergency by 12 months. The Guardian reports that the current state of emergency is due to expire on September 13 but Andrews wants it to continue until September 2021, allowing Victoria’s chief public health officer to issue enforceable public health directions such as lockdowns. The newspaper reports that the state’s Opposition doesn’t look likely to support the extension. Legal groups and others have also raised objections to the move.

On the upside, personal protective equipment-maker Ansell says it’ll increase its dividend for the 17th year in a row after the rush on rubber gloves and protective body suits helped it to a 42 per cent jump in full-year profit. The Australian company, which manufactures its products around the world, did say that it had been hit, though, by some of its own suppliers, particularly those in Asia, which hiked their charges by as much as 1,000 per cent to capitalise on the Covid-19-crated demand.

In non-coronavirus news, John Howard is recovering in hospital after a sudden attack of appendicitis, Sky News reports. The 81-year-old former PM was taken to hospital yesterday. And in the US, a video showing Wisconsin police shooting an unarmed black man in the back as his children watch from a car has sparked protests in the city of Kenosha. Jacob Blake, 29, is hospitalised in a stable condition, while city leaders declared an emergency curfew in an attempt to quell anger in the streets, CBS News reports.