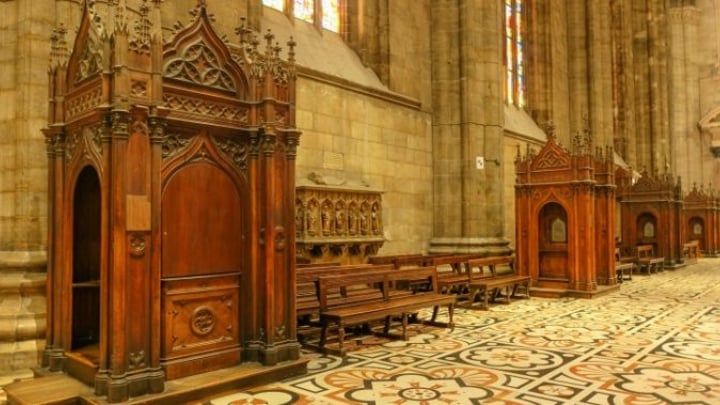 Australian priests want to protect children, but mandatory reporting of child sexual abuse confessions wouldn’t help them do that, according to a senior archbishop.

Archbishop Mark Coleridge, who is the president of Australian Catholic Bishops Conference, knocked back calls to lift the veil of secrecy applied to confession, after the government said priests should to be subjected to laws that force them to report crimes revealed by people giving confession.

The Royal Commission into Institutional Responses to Child Sexual Abuse recommended in 2017 that the sanctity of the confessional be scrapped – a recommendation the government has since accepted – but Coleridge insisted the sacrament wasn’t being abused. Speaking in a video published on Thursday on the Archdiocese of Brisbane’s YouTube channel on June 12, the archbishop said that mandatory reporting wouldn’t make children any more safe.

“The church doesn’t want to protect criminals, it wants children to be safe from them,” he said. “And the church wants measures that really make environments safer for children. But, there’s nothing to suggest that legal abolition of the seal will help in that regard.” The so-called seal of confession is the duty of priests not to disclose anything they learn from a penitent during confession.

“I want to assure you that Australia’s bishops, along with the leaders of religious orders, are well aware that our commitment to the protection of children must not be allowed to waver on the long journey ahead,” Coleridge added. He argues that the law shouldn’t apply to confession because people in confession weren’t really confessing to the priest, but to God, with the priest acting as a mediator, according to the Catholic Leader.

The publication also said that Christopher Prowse, the archbishop of Canberra and Goulburn, had previously argued that child abusers would simple stop confessing if they thought they were going to be reported, which meant the priest would miss the opportunity to “counsel” the abuser to turn themselves in to law enforcement.

“Any institution that would put its own culture, or its laws, or its own processes above the best interests of children is an organisation that no longer deserves any kind of support,” she said in reference to the archdiocese’ position on confession.

It comes after Malcolm Turnbull announced on Wednesday he would issue an apology to victims of child sexual abuse in October, following the completion of the Royal Commission’s investigation into systemic abuse within the church.

“Now that we’ve uncovered the shocking truth, we must do everything in our power to honour the bravery of the thousands of people who came forward,” Turnbull said.

“The survivors have told their stories, many of them for the first time. They have been heard and they have been believed – many of them for the first and only time. We must honour them, honour their testimony. Ensure that out of their suffering, out of that abuse, comes lasting reform so what they suffered, the wrongs that were inflicted on them, can never happen again.”

On Thursday morning, South Australia announcing a change to protections surrounding religious leaders in the state. Priests will now have to follow mandatory reporting orders that require them to tell authorities of potential child sex abuse cases that are revealed in confession, or face a fine of $10,000.

The Catholic Leader reported that a similar law was due to come into effect in the Australian Capital Territory from March 2019, which will see priests who don’t report child abuse confessions possibly face criminal charges.

South Australia is the first state to apply the new orders, with other states and territories expected to follow suit.

Speaking with The Advertiser in Adelaide on Thursday, Federal Attorney-General Christian Porter said the state’s move was an important one “The SA legislation would obviously be considered as a potential model for state harmonisation through the Council of Attorneys-General,” he said.

Do you think other states and territories should follow South Australia’s decision?