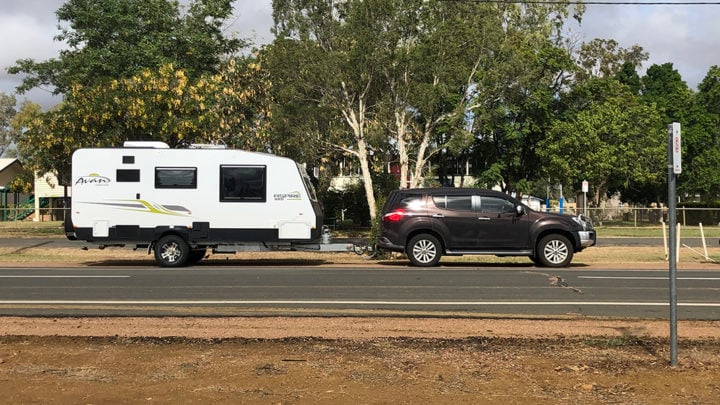 Grey Nomads in the peak of their high-season surge on Broome have been accused by local residents of being “grumpy” and underwhelming in their etiquette.  There are reports that these older travellers have been screaming and shouting at those in local towns who serve them on their travels.  It has raised requests from residents for the tourists to be more tolerant, considerate and less confrontational.

Broome and other towns in northern Australia see a surge of more than three times their population at this time of the year when older generations head north for the winter and are struggling to cope with the influx of visitors.

Gina Lincoln, a resident of Broome reported being screamed at in a carwash last month by a mature traveller according to ABC News.

‘This particular woman just started yelling at me over the noise of the carwash,’ said Ms Lincoln.  The woman shouted and screamed in front of Ms Lincoln’s daughter which shook her.  “That she would do that in front of a little kid, that was the most upsetting part.”

The outburst shocked Ms Lincoln, who was with her young daughter at the time.  Yet she went on to make excuses for the behaviour.

“Some people seem to feel entitled and I think these interactions might be quite common,” she said.  “[But] I think the issue is more around the town’s capacity to provide enough resources for everyone’s needs.”

Similar battleground have set up in supermarkets where there appears to be issues with supply of enough stock to accomodate both residents and the nomads on their journey.

Broome resident complained of a situation over a last loaf of bread at the local supermarket that surprised her.

“I could see that there was one left so I was aiming for it and just before I got there this woman pushed my hand away and snatched the loaf from underneath me,” she said.

The locals are not unappreciative of the Baby Boomer travellers that have grown in volume.  “They do things around the town, they volunteer and they are helping the economy, but they certainly act out occasionally.”

Caravanning and Grey Nomadding forums are packed with two sided debate from Grey Nomads who are embarrassed about their peers who mistreat locals in regional towns.  They are also packed with complaints of low standards, poor service and demands to be treated like a high-value tourism audience.  Some of these towns are heavily reliant on the influx of travellers these days.  Some more-so than they are on farming or ratepayers.

Caravanners and Grey Nomads in Australia spent 54.5 million nights on the road last year, according to the Caravan Industry Association of Australia.

Read more: Australian Grey Nomad Route the most dangerous in the world

Some Grey Nomads are calm about the complaint. And it’s not just in the towns that the complaints are heard.  It is widespread across the long strips of road that also require etiquette.

“In the forums, as well as the Wanderer, we see a list of towns where grey nomads are not as welcome as they should be. Although this causes some outrage within our nomadding community, it appears we have ourselves to blame in a lot of the cases.”

Travelling north from Barcaldine on the bitumen road, just after rain when the shoulders of the road get a bit muddy in places.

A 4X4 with van in tow travelling south did not know the etiquette of driving in these road conditions. Instead of slowing down and slowly edging off the bitumen with 2 wheels, allowing vehicles from the other direction to pass safely, this driver opted to blind us with his high mounted Anti Aircraft spotlights as well as an array of LED super-bright spotlights. Even during daylight this is a real dangerous manoeuvre.

The southbound driver then flamed the airwaves on how as he had a van in tow, he had right of way.”

So we ask today – should Grey Nomads expect the towns to upscale their service for them or have the right to gripe; or should they be more considerate in their travels of the regional towns and  their residents and not rock the boat?