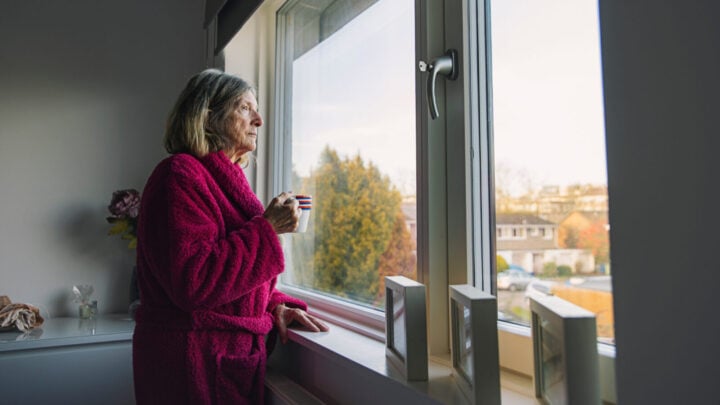 A WHO report has shown that one in two people hold ageist views. Source: Getty

The World Health Organisation (WHO) has released a report into the effects of ageism around the world, finding the issue costs economies billions, leads to poorer physical and mental health, increased social isolation and loneliness, greater financial insecurity, decreased quality of life and premature death.

The report found that one in two people held ageist views, which refers to the stereotypes, prejudice and discrimination directed towards people on the basis of their age. WHO called ageism “an insidious scourge on society” and called for urgent action to combat the issue and better reporting to expose ageism in every corner of our lives.

The report focused on three different types of ageism, including institutional, interpersonal and self-directed, and highlighted its devastating affect on older people, many of whom feel increasingly overlooked and useless as they age.

It also noted that institutionalised ageism is woven into the fabric of our society through laws and social norms that unfairly restrict opportunities or disadvantage someone because of their age. While interpersonal ageism is common between generations, self-directed ageism, which occurs when someone thinks negatively about themselves because of their age, is also a rising issue.

While prejudice and discrimination by others based on age are linked to serious implications, self-directed ageism is also incredibly damaging. Interpersonal, institutional and self-directed ageism are intertwined and mutually reinforcing – with those experiencing ageism in society more likely to have their own ageist thoughts reinforced. An estimated 6.3 million cases of depression globally are estimated to be attributable to ageism. The report showed that many Americans over-60 feel more useless the older they get, and say they’re treated with less courtesy and respect than younger people. While in China, researchers found that older persons prone to self-directed ageism had an almost 20 per cent higher likelihood of dying over the six-year study period than those with more positive self-perceptions.

WHO commissioned a global review of the effects of ageism views on health, which included 422 studies from 45 countries, finding that in 96 per cent of the studies, ageism was associated with worse outcomes in all of the health domains. The association between ageism and health outcomes was strongest for self-directed ageism.

The WHO data suggested that in all of the studies undertaken, people who had experienced ageism were more likely to adopt risky health behaviours, such as eating an unhealthy diet, not taking their medication as prescribed, drinking excessively or smoking. The increased unhealthy behaviours could be attributed to depression, which was also increased in those who had experienced prejudice or discrimination. In Ireland, there was a strong correlations between self-directed ageism and cigarette and alcohol use. The study showed showed stronger emotional reactions to ageing increased the likelihood of smoking and alcohol consumption.

The implications of ageism were also linked to the ability to recover from illness or injury, with those experiencing poor mental and physical health more likely to exhibit ageism towards themselves. The report showed that 96 per cent of studies found that ageism impedes recovery. In a study in Connecticut, United States, older persons who held positive age stereotypes were 44 per cent more likely to fully recover from severe disability than those with negative age stereotypes.

With the negative effects that ageism has on health, it is logical that the effects are passed onto the healthcare systems, which has huge financial implications on world economies as a result. The effect of prejudices in the workforce were also shown to cost the economy. The report showed that companies could positively impact the economy if they changed prejudices and employed those over the age of 55.  The report found that ageism directly costs our worldwide economies billion of dollars per year.

In Australia, it is estimated that if just 5 per cent more people over 55 were employed, there would be an annual positive impact of $48 billion on the national economy. A 2020 study conducted in the United States found that negative age stereotypes and self-perceptions resulted in over US$63 billion a year being spent on the eight most expensive health conditions.

According to the WHO report, ageism is prevalent in almost all institutions and sectors of society. It often begins in childhood and is reinforced through societal values over time.

Michelle Bachelet, United Nations High Commissioner for Human Rights, said ageist beliefs were so widespread and ingrained in our society that often we don’t even recognise them.

“Ageism harms everyone – old and young. But often, it is so widespread and accepted – in our attitudes and in policies, laws and institutions – that we do not even recognise its detrimental effect on our dignity and rights,” she said. “We need to fight ageism head-on, as a deep-rooted human rights violation.”

Another study in Australia and the United Kingdom that examined self-directed ageism indicated that participants who have greater knowledge about ageing may feel more positively about their own ageing. The results were not conclusive, but highlighted the importance of extending our knowledge of self-directed ageism, and ageism as a whole.

An advocacy campaign by EveryAGE Counts was launched in 2018 and aimed to tackle the issue of ageism against older Australians. Marlene Krasovitsky, co-chair of EveryAGE Counts said the WHO report provided clear and powerful evidence of the pervasiveness of ageism and its devastating impacts.

“The World Health Organisation’s report confirms the growing body of evidence that ageism has harmful physiological and psychological effects on our health. It also has huge economic costs,” she said. “We need government, business and other sectors to step up and work together to strengthen Australia’s leadership to end ageism.”

The campaign sought to shift entrenched negative social norms about ageing and older people and to reframe older age as a valid, positive and meaningful part of life.

“If we are serious about all Australians, now and in the future, ageing well we must act to end ageism,” Krasovitsky said.  “This starts on the ground in our communities with conversations about changing attitudes towards older people and older age. On the back of this report, EveryAGE Counts is reiterating its call for a sustained Commonwealth government funded public awareness and education campaign.”

Peter Scutt, CEO and co-founder of Mable, an online community where older Australians can discover and connect with independent support workers said he welcomes the powerful international focus on ageism and hopes it will inform the Australian Government and policy makers as they respond to the findings and recommendations of the Aged Care Royal Commission’s final report.

“In Australia, we are too quick to strip older people of their independence and their rights – often in the name of ‘protecting the frail and vulnerable’- the minute they present with some form of impairment or incapacity. It’s an ageist attitude and I think it is way too prevalent in the aged care system,” he said.

“Of course we must protect genuinely vulnerable people, but we must also stop behaving as if all people who need assistance are frail and vulnerable and can’t be ‘allowed’ to make choices and take decisions like other adults. Self-management of home care packages acknowledges the older person’s inherent capacity and their right to be at the centre of their care and support, as long as they are able.”

Have you experienced ageism or self-directed ageism?