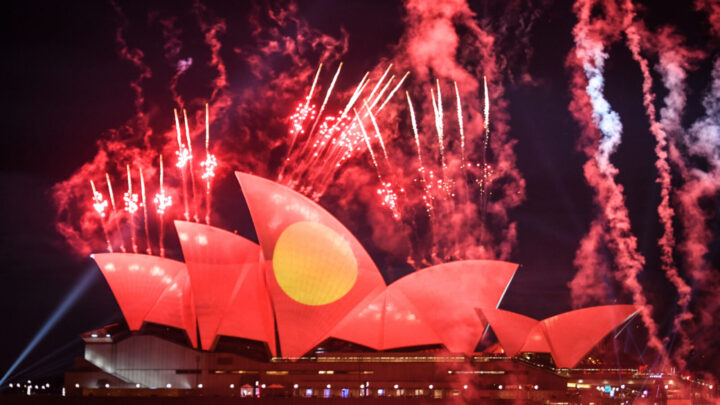 The Commonwealth has secured the rights to the Aboriginal Flag in a $20 million deal. Source: Getty Images.

The Commonwealth has secured the rights to the Aboriginal Flag in a $20 million deal with the flags original artist, Luritja man Harold Thomas. After a monumental negotiation, the black, red and yellow flag that represents Aboriginal First Nations People has been ‘freed’ from private ownership and copyright.

According to NITV, Harold Thomas designed the flag in 1971, before its debut at what was then called National Aborigines Day (now celebrated as NAIDOC week, in the second week of July).

Since its creation, the flag’s ownership, and permissions to reproduce the Flag have been contentious, with two different people attempting, and failing to prove they were the original creators of the flag’s design. Following this, in 1995 the flag was officially recognised as a Flag of Australia under the Flags Act 1953.

In 1997, Thomas granted rights to Flagworld Pty Ltd, and to Birubi Art Pty Ltd, to produce physical flags, and merchandise featuring the flag’s design. However, after a turbulent few years for Birubi, the exclusive rights and licence to reproduce was granted to WAM Clothing in May 2018 – owned in part by the owner of Birubi.

From May 4, 2019, WAM Clothing began gatekeeping usage of the flag, releasing a statement saying:

Following this, a campaign was created to “Free the flag”, fronted by Gunditjmara woman, and Clothing the Gaps CEO Laura Thompson. This campaign aimed to “free the flag” from all copyrights, lower the cost to the same price as all other national flags, ensure consumer choice, and to celebrate the Aboriginal Flag without asking for permission. It seems this campaign, along with the parliamentary committee established to investigate the usage of the Aboriginal Flag. The final report from this committee was released in October 2020, which noted that WAM Clothing was “heavy-handed” in their approach to enforcement of their copyright. Senator Malarndirri McCarthy chaired this Committee, and shared that at the time, Thomas, the flags designer, declined to address the inquiry due to “confidential negotiations under way with the commonwealth government”.

Ken Wyatt, Minister for Indigenous Australians, and Yamatji, Wongi and Noongar man, has made a statement about the importance of this decision, ensuring the Aboriginal Flag is free for public use by all Australians.

“Over the last 50 years we made Harold Thomas’ artwork our own – we marched under the Aboriginal Flag, stood behind it, and flew it high as a point of pride,” Wyatt said.

“In reaching this agreement to resolve the copyright issues, all Australians can freely display and use the flag to celebrate Indigenous culture.

“Now that the Commonwealth holds the copyright, it belongs to everyone, and no one can take it away.”

A spokesperson for Wyatt shared with Guardian Australia that “The total figure to extinguish the existing licences and secure the copyright is $20.05 million. This includes a payment to Mr Thomas for the copyright and payments to the licensees for termination of their licences.”

Now, thanks to the acquisition of this flag by the Federal Government, all official flag protocols and procedures that apply to the Australian National Flag will now apply to the Aboriginal Flag also.

Speaking about the importance of the flag, Thomas shared “I hope that this arrangement provides comfort to all Aboriginal people and Australians to use the Flag, unaltered, proudly and without restriction.”

“The Flag represents the timeless history of our land and our people’s time on it. It is an introspection and appreciation of who we are.

“It draws from the history of our ancestors, our land, and our identity and will honour these well into the future.”

With information on the deal released in the late evening on January 24, just days before the controversial Australia Day, the timing of this announcement by the Federal Government cannot be ignored.