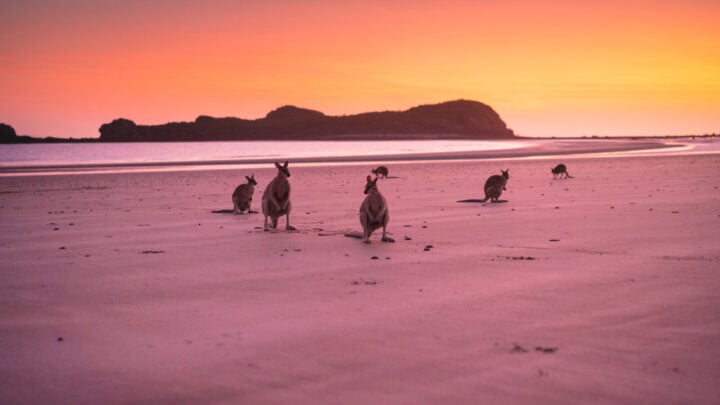 Australia Day generally comes and goes as it pleases in my little corner of the blogosphere. Flag waving, anthem singing, feelgood nationalism, and themed barbecues have never been my thing. I’ve been an Australian for 50 years, and always counted myself lucky that when I signed up Brits, and other subjects of the Queen could do so simply by affirmation: No oaths required, vulgar, or otherwise.

But Australia Day is always worth notice, and I’ve never missed doing so. The humourist in me calls it ‘First Boot In The Mud Day’, since its present date of national celebration is January 26, the anniversary of what was most likely Australia’s first encounter with large numbers of unauthorised boat arrivals. For First Nation Australians, January 26, 1788, marks Dispossession.

It was the day Captain Arthur Phillip’s British-to-their-bootstraps crew brought rum, buggery, and the lash to Sydney Cove, in the finest traditions of the Royal Navy. So that’s the foundational moment of settler Australia. It’s not quite up there with the Pilgrim Fathers, who were fleeing persecution rather than bringing it with them by royal command. And today, 234 years later, it may no longer be something you’d want to write home about.

No great antiquity attaches to celebrating Australia Day on January 26. It’s been a national holiday on that date only since 1994. It’s probably something the history buffs of the Sydney basin might want to mark, with a flag-raising, say, provided it’s with the right British flag. That’s the pre-1801 one, without the Irish cross of St Patrick on it.

Excluding ANZAC Day, which is sacred for other reasons, Australia’s two true national days are January 1, and May 8. The Commonwealth of Australia came into being on January 1, 1901. The first federal parliament convened on May 8, 1901. But January 1 is already taken – it’s National Hangover Day. May 8, with a long weekend in its proximity, would suit admirably. It could replace the Queen’s Birthday, celebrated with a long weekend in most states in mid-June, though it would be far too early in the season to double as On the Piste Weekend for snow-skiers.

Nonetheless, an “Australia Day” has existed in various forms and under different names, and on widely different dates, since the first time someone thought of commemorating the arrival of the First Fleet. And First Nations Australians have been formally protesting about this since at least 1838.

The best way to move towards true settlement is to listen to the silence, to hear the spirits. The point is that Australia is a magic place. There is so much to celebrate, communally, and even politically, especially the generally benign British status of the colonies as they ultimately developed. In that broader context, “frontier” skirmishes, disgraceful police actions, stolen lands, and stolen generations, imprisonment, and race bars, become less potent. They are not erased from history, and cannot be excused; but genuinely acknowledged, they can help us all move on.

That’s what our takeout from Australia Day should be.  The achievements of the past two-and-a-bit centuries are many. The failures, the demerits of policy failure, and social restriction, are far fewer than they might have been. Plenty of examples lie around the globe of where Australia could be if some other mob of conquistadors had happened along instead.

Accepting the fundamental injustice of what occurred on January 26, 1788, is in no way at odds with celebrating Australia as we all – immigrants and Aboriginal alike – later made it.

Pondering these points, one recent evening while I was putting together some thoughts for this piece, a fitting finale to it came to mind. An unmistakably Australian sunset streaked the horizon; orange, yellow, indigo, and black in a clear, dry, star-speckled sky. Spirits gathered among the gum trees along the Wadandi Track, close to our house, or so I imagined. I thought I could hear them singing, and they whispered memorials to the ancient past and uttered promises to the future.

And I thought: Kaya. That’s “welcome” in the Noongar language of southwest Australia. We should listen: This is what we all celebrate. We should do it in song. That’s a practice of the global human herd, as well as a distinct Aboriginal tradition. It would be better to do it on a day that does not celebrate the imperial dispossession of the world’s oldest civilisation.